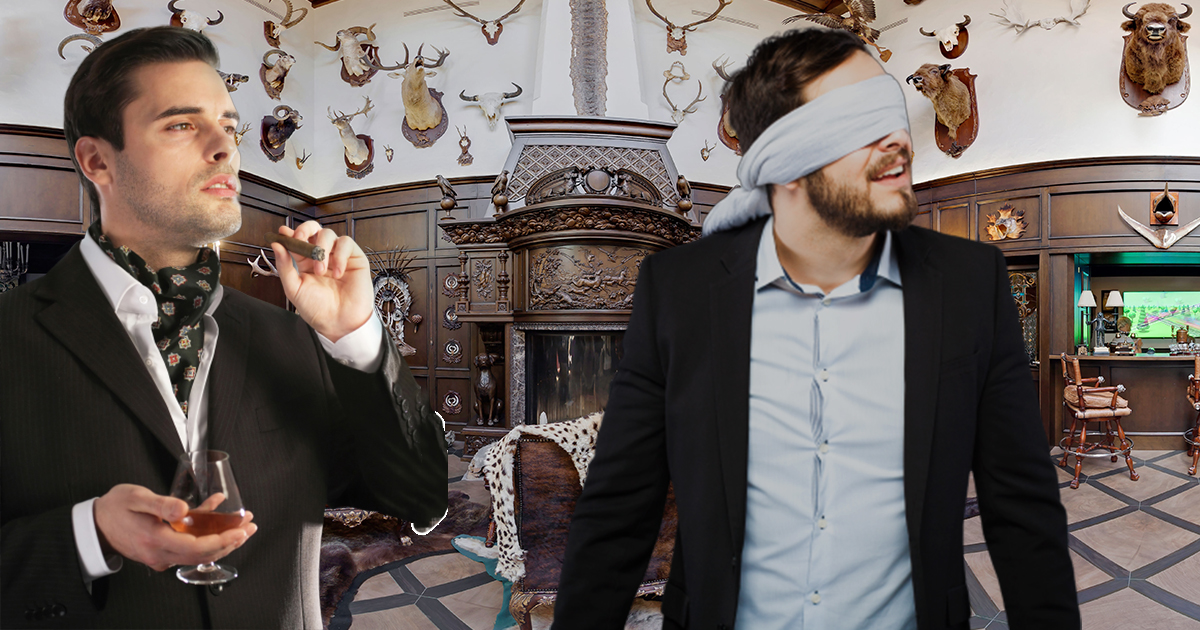 Look, we’ve all been there. You’ve decided to take a nice, relaxing vacation, sailing by yourself in the middle of the South Pacific, with no devices to communicate with the outside world. But hey, sometimes bad things happen. For your own sake, please follow this helpful list to rule out the possibility that you might just end up on some rich guy’s mantle by sunrise.

1.You Just Shipwrecked On An Island Where The Only House Is A Large Gothic Castle With Torches And Gargoyles:
This should be a red flag right off the bat. I mean, how many deserted islands do you know of that have an old, scary castle planted a mere twenty yards from the beach. Tread carefully.

2. Everyone Inside The Castle Are Old Men Wearing Tuxedos, Smoking Cigars, And Drinking Scotch:
Ok, as if it wasn’t weird enough that you stumbled upon some old-timey castle in the middle of nowhere, now you’re surrounded by a group of old men at a cocktail party who seem to be whispering about you and licking their lips. Be extra cautious if you catch any of them polishing an elephant gun, speaking in sinister double entendres or wrapping up a monologue about how the world’s deadliest game now bores them. Just smile and nod, and start looking for the quickest exit.

3. The Old Men Start Measuring Your Skull And Inquire About Your Strength And Agility:
How would this make sense in any other setting except for one where you are a prize to be won and eventually stuffed like a dead lion? They’re not exactly being subtle about it. Screw smiling and nodding. Just start gouging these old fucks in the eyes with toothpick garnishes and run.

4. You’re Standing In The Middle Of A Jungle With Only A Slingshot:
Well shit, how the hell did you end up in this situation? No matter at this point. Start looking for a hiding place as soon as you can. You’re slingshot ain’t gonna do shit against an AR-15, my friend. Just wait them out. They’ll need to go back for more scotch eventually.

5. You Hear A War Horn Being Blown, Followed By A Man Yelling Maniacally “You can run but you can’t hide!” And, Oh Shit…Are Those Fucking Dogs Running Towards You?!:
Why, for the love of Christ, are you still reading this dumbass list?! Run motherfucker! Your life depends on it!