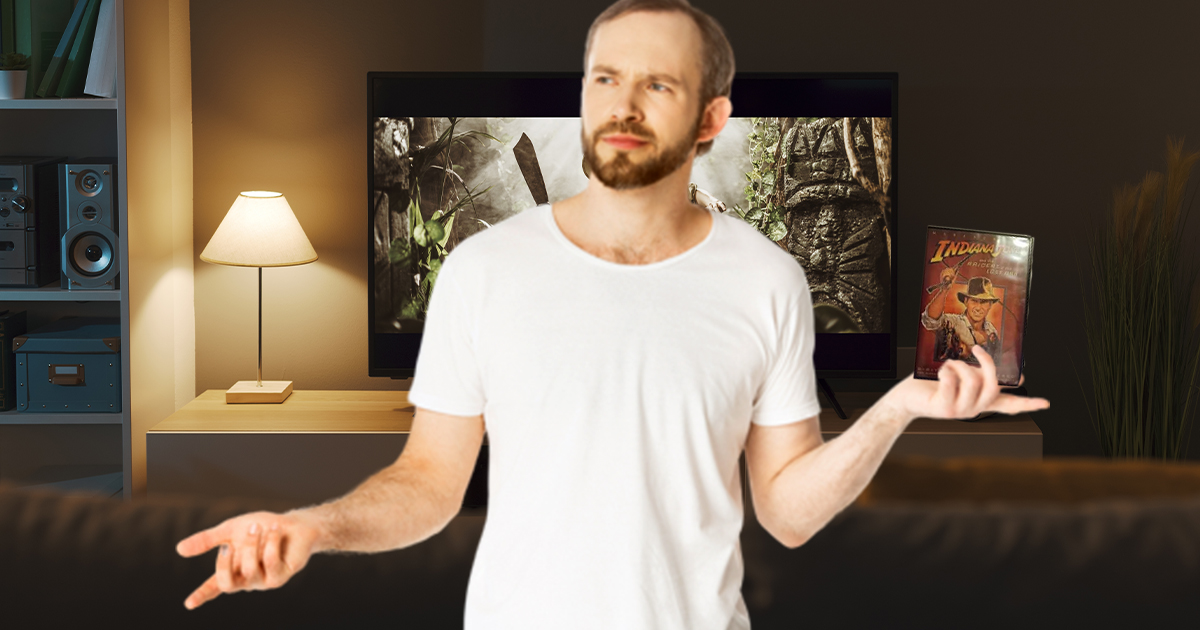 As hard-copy media vanishes, so does a certain sense of security. A security that we will always have access to the art we grew up with exactly as it was when we first saw it.

Some streaming services are opting to edit out moments from classic films that have aged poorly. While I respect that not everyone has the same sensibilities, as a cinema purist I find this erasure of film appalling. I’ve always been very vocal about my displeasure to anyone in earshot when I notice an unsavory line cut from a movie I’m watching. Often that person won’t even believe me about the line in question, so I decided to do some research and dig up proof of my claims.

Okay turns out a lot of that stuff was just in my head, I’m pretty embarrassed about it.

I’m grown enough to admit when I’m wrong, and after combing the VHS section of four different Savers praying to find an ethnic slur in Bambi, I can admit this is one of those times. It’s no reflection on me as a person, okay? Here are 5 things I just remember weird I guess.

“If they ever give women the vote I’ll kill myself. No joke, I’ll do it.”
– Indiana Jones, “Raiders of the Lost Ark”
I thought Indy quipped this line to Brody as he tossed his pistol into his luggage. I guess I dreamed that. Hey, I’m glad he didn’t! Dreams are just weird, they don’t mean anything, I’m glad I was wrong!

“E. T. Smoke. Marlbrooooooooos”
– E.T., “E.T The Extra-Terrestrial”
Maybe it’s the Mandela effect at work here but I could have sworn there was this big thing about Marlboro cigarettes having a marketing tie-in with the movie “E.T: The Extra-Terrestrial.” Like, I swear, I remember some lady being mad about it on the news and stuff. The image of E.T. using his glow-finger to light one of Elliot’s cigarettes is so clear in my mind but oh well, I guess I made it up.

“You ever see an Italian’s eyes chief? Cold and black like a doll’s eyes.”
– Quint, “Jaws”
It turns out Quint was talking about sharks here, not Italian Americans. Actually makes a lot more sense since the film is about a beach community being attacked by a giant shark, and not by Italian Americans. But like in my head, that’s exactly why the line stuck out!

“The pussy to dick ratio is all fucked here. Let’s lose a few dicks and get a lot more pussies ’cause Papa’s got a tent poll you could hitch a trailer to, yeehaw!”
– Jim Lovell, “Apollo 13”
I thought there was a scene in Apollo 13 where Tom Hanks complains that his fellow astronauts aren’t attractive sex women. When a friend proved to me this was untrue I said “Oh, well, yeah, I mean the guy did that in real life,” which was also untrue.

“Paddington, if you ever find a handgun you should fire it immediately because that right there is the best day of a young bear’s life.”
– Aunt Lucy, Paddington
I really wish I fact-checked this one before I re-enacted it for my niece.

So, there you have it, I’m human and I make mistakes, sorry. In my defense, all the crazy shit from “Grease” I remembered is in the movie. Kenickie singing “Did she put up a fight,” Vince Fontaine trying to roofie Marty, a car that makes chicks “cream,” it’s all there. If anyone needs me, I’ll be watching “Grease.”