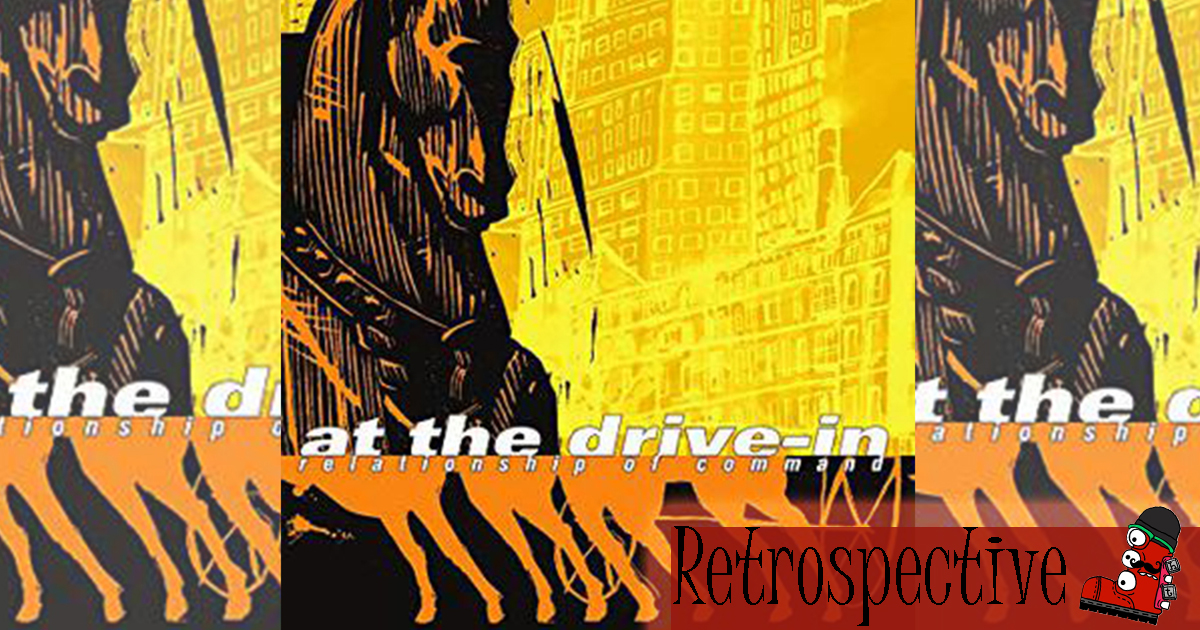 “Post-hardcore” is one of those terms that doesn’t really mean anything, like “synergy” or “men’s rights.” But The Hard Times loves the punk subgenre nonetheless, and we gathered to create a list of landmark albums that aren’t worthy to suck the toes of At the Drive-In’s magnum opus Relationship of Command.

Joining me in my basement office as I write this piece are Omar Rodríguez-López and Cedric Bixler-Zavala, the heart and soul of At The Drive-In who, in time, will realize that they ARE here of their own free will and that I AM their best friend.

5. Refused – The Shape of Punk to Come

Refused’s third album The Shape of Punk to Come is often mentioned in the upper echelons of post-hardcore artistry. But honestly, TSoPtC drags at points. Isn’t that right, Omar? Thought so. Be quiet. Anyways, you know what doesn’t drag? Fucking At the Drive-In’s 2001 album Relationship of Command. CEDRIC, STOP KICKING AT ME.

Arguably the first great post-hardcore album, Repeater is a great achievement by punk game-changers Fugazi. Ian MacKaye’s creativity and ethos almost normalized the straight edge lifestyle into something that wasn’t weird. Know who wasn’t straight edge? You guys while you thrashed your coked-out afros on Letterman while playing goddamned “One-Armed Scissor” off of one of our all-time favorite albums, Relationship of Command. Glad you got off the blow, else you’d be going through some gnarly withdrawal right now. Seriously, stop screaming. I wouldn’t want you to blow out your beautiful voices.

On a personal note, I have great memories of making out with my college girlfriend to “Hourglass” from In/Casino/Out. It’s Jim Ward’s shining contribution to music. But you two are the heart and soul of the band anyways. In/Casino/Out is proof that even At the Drive-In can’t top At the Drive-In.

Drive Like Jehu’s ascent and fall predated At the Drive-In’s by a few years, and Yank Crime is a really great album. But we only ever play it when really drunk and mis-clicking through iTunes, desperately searching for Relationship of Command. You can keep yanking at the handcuffs, but they won’t break. I made sure. Honestly, I don’t want to hurt you guys.

“I DON’T WANT TO FEEL THIS WAY FOREVER!” yells Geoff Rickley on “Understanding in a Car Crash”, lead single of off Full Collapse. Thursday’s second record is the only album here that holds a candle to post-hardcore gem Relationship of Command by the El Paso post-hardcore titans At the Drive-In. But if Full Collapse holds a candle, Relationship of Command holds a fucking flamethrower with a dildo for a trigger. That album changed my life. And while I never got a picture with the dueling afros of you two back in the glory days, we are gonna sit here until those beautiful heads of hair return. So help me God, I will get a real picture with the luscious afros that wrote “Pattern Against User.” More quinoa?