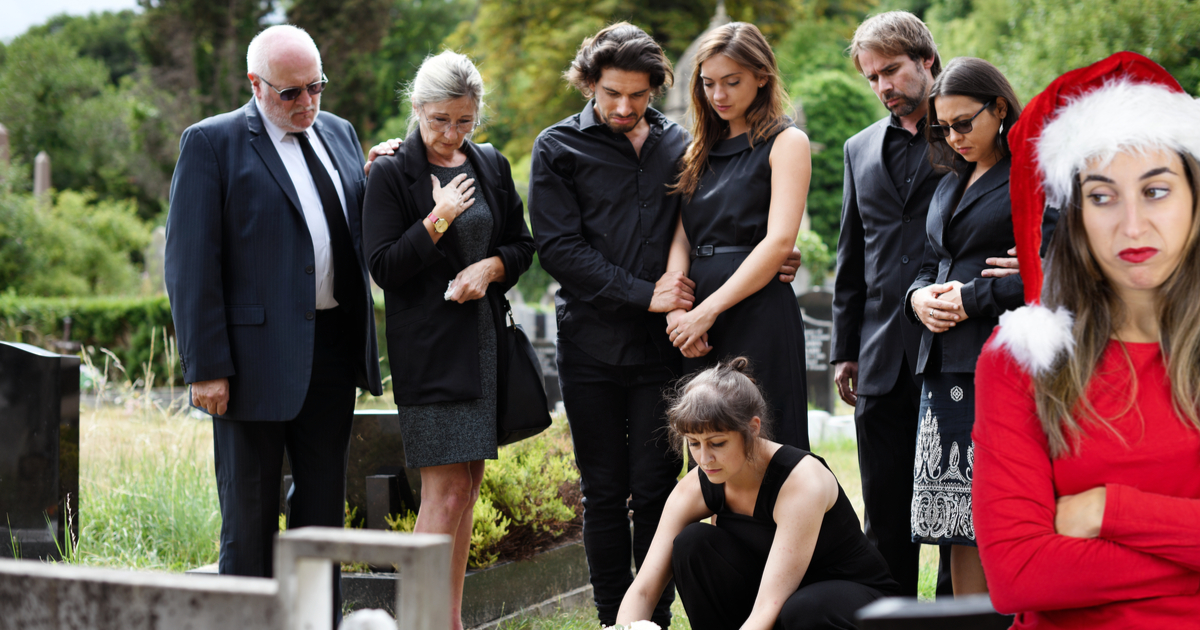 Success! My grandma got run over in a freak reindeer accident which puts me one step closer to my family’s fortune. Look, I’m just an innocent spectator in the game of lies and treachery that is my family and our internal battle for supremacy. I would never get involved. And, yes, I did see grandma’s will. And also, yes, I was a bit enraged by what I saw. But whatever, I’m over it. Anyway, here’s a list of 5 family members who I hope also get mysteriously trampled, in no particular order. Wait, no. This is in a very particular order:

Lance (brother)
Man, this guy was so fucking cool when we were kids. Losing Lance would be rough. Then again, he’s been insufferable ever since coming home after his freshman year at Sarah Lawrence. Now he thinks he can act like a know-it-all snob. Who does he think he is? Me?! Now that I think about it, I can’t wait to see him trapped under Dasher’s hooves.

Chelsea (Lance’s fiancé)
How in the fuck was Chelsea above me on the God damn will?! She may not be blood but her blood will run as red as the nose of the reindeer that runs her over.

John (cousin)
John is from Philly so he pronounces his name like “Jawn.” Shouldn’t that disqualify him from our family’s riches? Doesn’t matter. He’ll be “disqualified” on one foggy Christmas eve when my reindeer guy comes to town. Better put down that cheesesteak and start running, Jawn!

Kenneth (uncle)
Me and uncle Ken have no beef. This one is purely professional. I’m gonna tip my reindeer guy double after this “accident.”

Steve (stepdad)
I’ve spent the last nine years telling Steve he’s not my real dad, but that doesn’t stop him from standing between me and my real family’s fortune. Once me and my flock of murderous reindeer have cleared this final hurdle, I will be the sole benefactor of the $1,200 in grandma’s checking account.