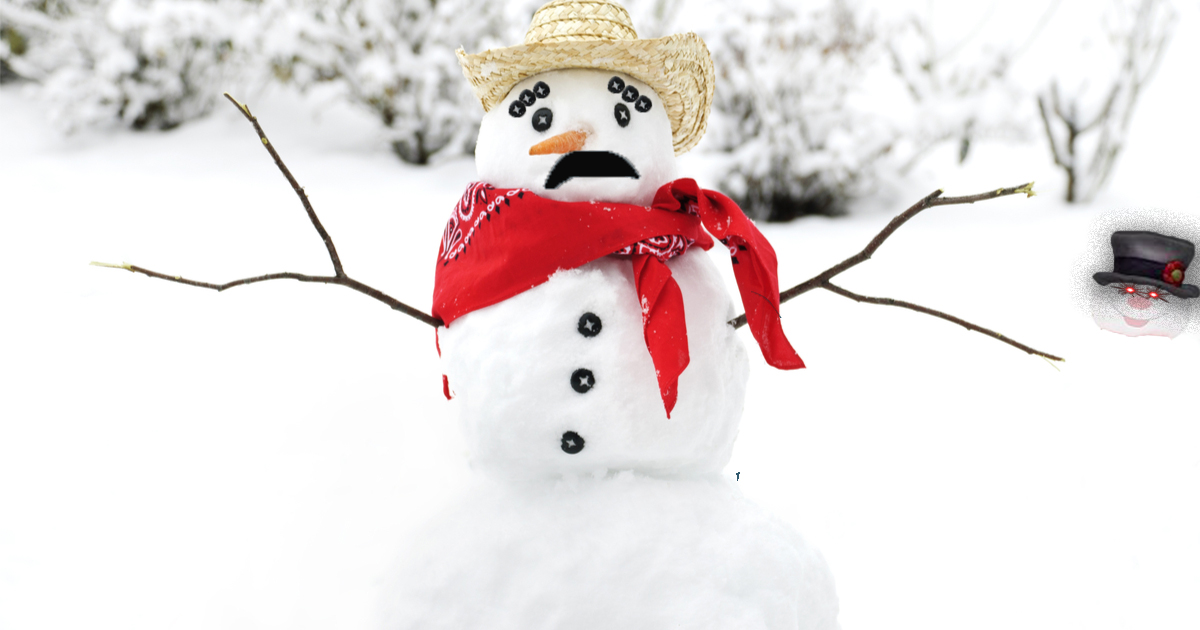 There’s a little bit of magic in every winter. When the first snow falls and the world becomes a wonderland of powdery whiteness, inevitably come the snowmen! While Frosty the Snowman is indisputably the most famous of the living snow-creatures who visit our world each year, he’s not the only one. But it turns out Frosty is pretty famous in the parallel dimension of permanent, icy storms that is the domain of all snowmen that manifest themselves here.

So here’s five more magical snowmen who came to life to let us know that Frosty is a notorious criminal in their world and is wanted for myriad atrocities against his people!

Icee the Snowman:
Icee the Snowman appeared on Earth when a drunk stevedore put his beanie on a regular, Boston-area snowman. Upon shaking himself to life, he immediately informed the stevedore and his equally inebriated friends that the entity known as Frosty had committed numerous acts of insurance fraud, identity theft and was suspected to have married an aged snow-widow for her fortune, only to murder her when he became impatient. Unfortunately, the stevedores immediately smashed Icee to pieces while shouting “Go Pats!”

Snowflake the Snowman:
One of the more publicized snowman appearances of the early Aughts, Snowflake gained the gift of Earthly life when a lonely child in Topeka, KS wished for a friend. Unfortunately for the child, Snowflake immediately shuffled to a police station to try to convince law enforcement that Frosty had been convicted in absentia for 14 counts of arson, an especially heinous crime in their world. Due to Snowflake’s increasingly aggressive reaction to the lack of interest in Frosty’s crimes, he was gunned down by Topeka police in self-defense.

Whiteout:
The largest snowman ever recorded in modern history, the giant known as Whiteout is theorized to have been some kind of superhero in his world. After explaining via worldwide telepathic communication that Frosty had poisoned the carrot supply of Snowmanopolis, thus causing the agonizing death of thousands of his fellow snowpeople, an unseasonably warm December day reduced him to a giant puddle.

Alan Dean Foster:
Alan Dean Foster spent his brief time on Earth mostly explaining that he was unrelated to the science-fiction novelist and Star Wars ghostwriter of the same name and that it was just a coincidence. He did manage to reveal that Frosty had kidnapped the Snow President of the Snownited States before Frosty himself emerged from the shadows and stabbed him to death with an icicle.

Slushy the Snowman:
After commandeering a Seattle radio station, Slushy the Snowman broadcast for 8 hours and 32 minutes. His main topic was that Frosty had killed a group of British children that wandered into their wintery world through a wardrobe, then came to Earth with a thirst for human blood. He did answer several phone-in questions about relationships and was on the verge of signing a four-year contract with KEZK-FM before literally melting down in-station.

So remember, if you see Frosty the Snowman, do not approach him and call the authorities!