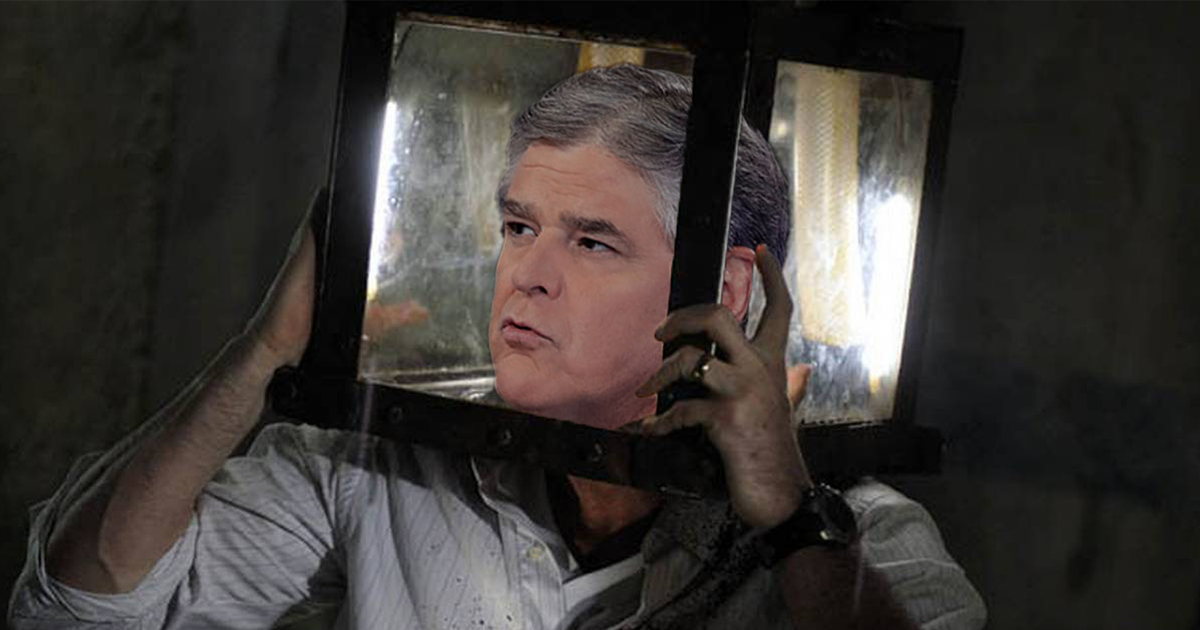 Can a person simply pull themselves up by their bootstraps or is American exceptionalism a lie? We decided to test this on some of the most exceptional Americans we could think of, Fox News hosts. And what better test than a labyrinth of moral terror ala the ‘Saw’ movie franchise.

We drugged and kidnapped some the Fox News Network’s most bankable talent and “invited” them to play a little “game.” Here are the results!

Greg Gutfeld
Greg Gutfeld died almost immediately after regaining consciousness in the deathtrap. He refused to listen to the pre-recorded instructions we provided and simply ran around blindly, screaming, until he eventually broke his neck after slipping on a puddle of water which was not even part of the test.

Tucker Carlson
Tucker Carlson also died almost immediately due to his denial of the entire reality of the test. He simply kept repeating “I don’t see why I should have to cut out my eye to retrieve the key. Maybe this is all just liberal hoax perpetrated by the Clintons to discred—” and that’s when the steel Venus Fly Trap closed on his head.

Brian Kilmeade
Kilmeade was able to hold out for a little while, but his inability to comprehend the purpose or even the basic concept behind most of the tests led to him attempting to eat various components of most of them. He eventually died of electrocution while chewing on a power cable which had already been deactivated.

Laura Ingraham
We actually had pretty high hopes for Laura Ingraham. She had no trouble figuring out the table saw puzzle and she only used a few racial slurs while avoiding falling in the giant meat grinder. Unfortunately, she too perished after Sean Hannity shot her with a speargun, the reason for which is still perplexingly unclear.

Sean Hannity
Hannity made it almost to the end of the deathtrap, which shows the type of tenacity it took to reach the apex of journalism in the first place. But when he reached the final test, requiring him to make a personal sacrifice in the form of a twenty dollar donation to the charity of his choice, he instead refused outright and instead walked all the way back to throw himself into the giant meat grinder.
Pity. If he had passed the test, we think Hannity would have made a fine future apprentice to a sociopathic serial killer. Oh well. Maybe next week will go better when we try this again with Breitbart.