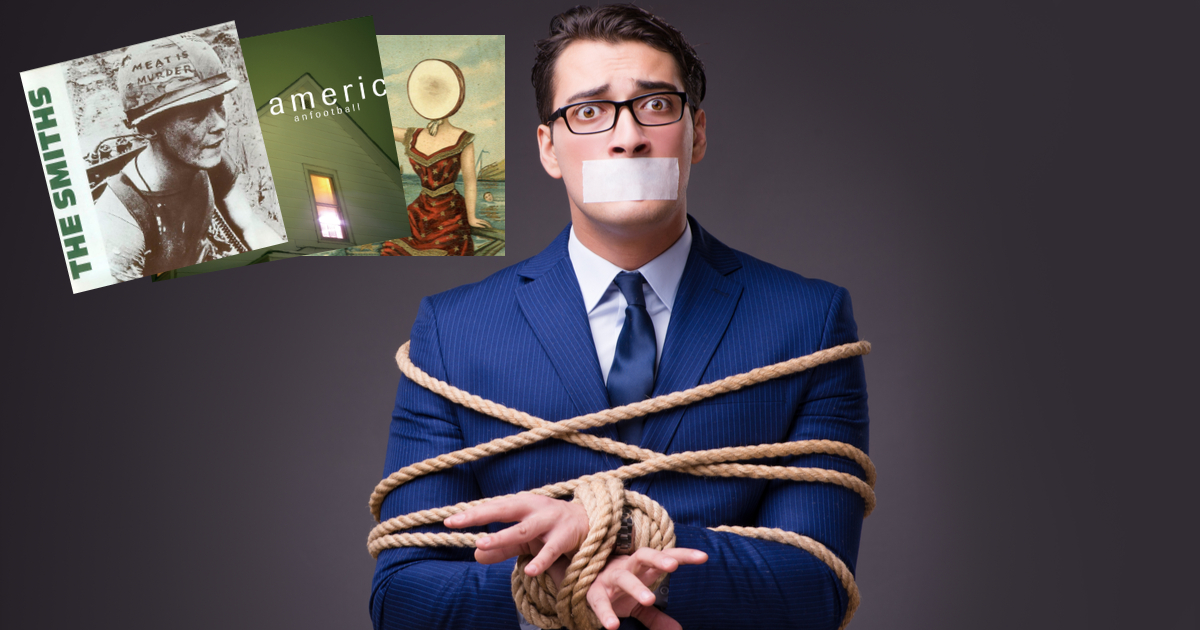 With so much music out there these days, it can be hard to find the time to check everything out. Fortunately, we’re here to break into your home, tie you and your family up, and play you five bands you absolutely must listen to if you want to make it through this alive.

Granted, this home invasion got out of hand quickly but it’s for your own good. We’re merely holding you and your family hostage long enough to hear our highly-curated band recommendations. One false move and you’re a goner. Here are five bands you absolutely must listen to if you want to see your family alive again.

The Smiths – Sure, this gun to your head may seem a little unorthodox, but it’s how Morrissey would want his band exposed to new listeners. He says so at every live show so he must mean it. Looks like you’re through the first one! Nice work. That said, these jangly guitar hooks sound better on vinyl but someone doesn’t seem to own a record player. You’re lucky we’re not in a hipstery mood today or your brains would be all over your Panasonic six-disc CD player.

Neutral Milk Hotel – Don’t let this singer’s severely off-putting voice and those tactical zip ties around your wrists distract you, this band is intricate. It’s not every day a band writes a whole album about Anne Frank. Granted, we didn’t make the connection ourselves, but someone told us that once and now we say it to everyone we kidnap.

Sonic Youth – As someone who was a music theory major for a semester before dropping out of online community college, we’re more than qualified to break into your house and personally recommend this band to you. Sure, they may have influenced way more listenable bands, but they’re all phonies. And stop crying, we’re almost done.

Our Demo – And last but not least, our band’s demo. Honestly, this is the only one that really matters so listen up. We’re called Atrocity Kittens and we’re actually better live so we recommend checking us out in person after this whole “breaking and entering” thing blows over. The venues may open back up but they’re still gonna ask us to sell 15 tickets.