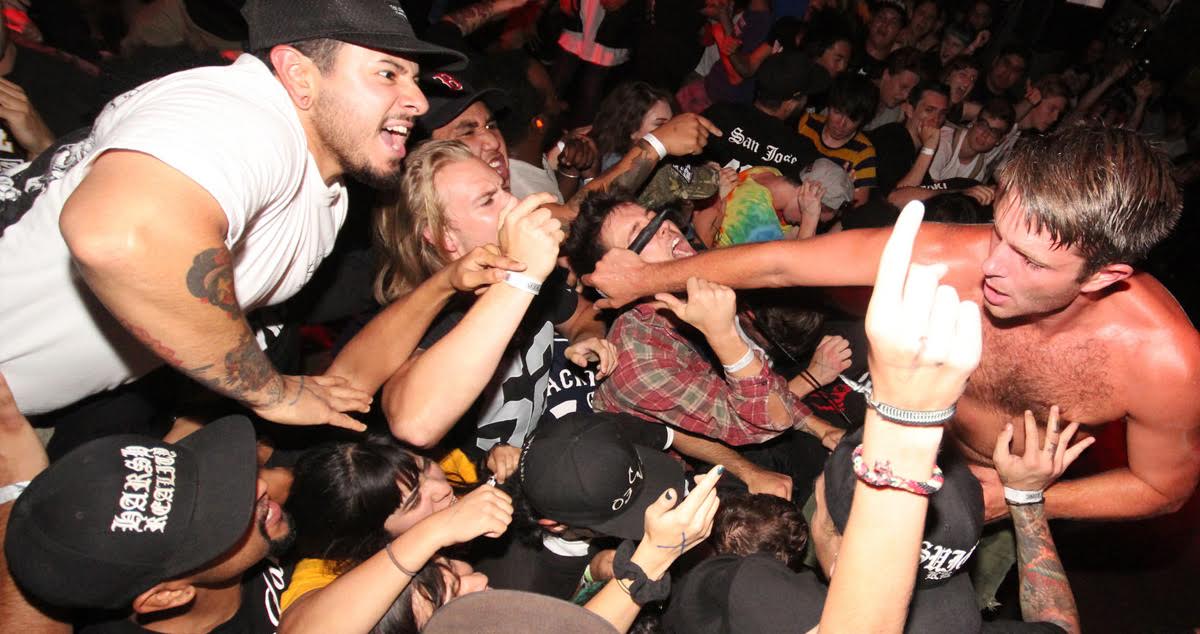 Here at Hard Style we’re always in the know when it comes to the hottest up-and-coming bands. We also know that considering you quit your own band and spend all day working your desk job for ‘the man’ you probably haven’t checked out a worthwhile new band in forever. So, let’s take a look at some of the hardest working and most artistically driven cool new bands who will become instantly uncool as soon as you check them out via this article.

1. Hate Gate –  Washington D.C-based Hate Gate is a hardcore band who has been making waves throughout the hardcore scene this year on the strength of their fire demo, “Hate Hate Hate.” Their fierce, yet catchy politically charged brand of hardcore and strict DIY principles make these guys undeniably cool.

At least they were cool, until they got so big that your lame ass heard of them just now. The fact that the name Hate Gate has even reached the monitor of your “work station” means that their moment is completely over. I guess we can all catch them on the next GTA soundtrack. Thanks for ruining this truly sick band for the rest of us. God, you’re the worst.

2. Vengeance Legion  – A band like Vengeance Legion might have popped up on your radar 10 years ago, before you settled for your 9 to 5 cubicle monkey lifestyle. These guys were single-handedly making thrash a viable threat again until five seconds ago when you read their name. I guess they can just go fuck off and die on the European metal festival circuit now. Thanks for that, you fucking poser!

Related: 5 Times Your Mom’s Boyfriend Told You He Liked The Clash

3. I Kill For Zardoz – This band blows our minds. Think of The Misfits but replace the horror movie influences with cool ’70s sci-fi flicks like Zardoz and Barbarella. Add in insanely fast and complicated beats from a drummer who plays like the second coming of Keith Moon and a singer who croons like the undead love-child of Danzig and Darby Crash, and you get I Kill For Zardoz. Sounds pretty cool, right?

Well, it was. Now take all of that and shove it up your greedy sellout asshole. You just killed it. IKFZ was the most interesting band to come out of Iowa in over a decade. Now they’re basically a human tire fire. Why are you even reading this? Fuck, you ruin everything. Shouldn’t you be busy applying makeup to the X tattooed on your hand so you don’t get yelled at by your boss? Pathetic.

4. Eleanor Rugby – We have to be honest: we hate Eleanor Rugby. We put them on this list so you would read about them and immediately destroy any idea anyone had that they are in any way cool. At least one positive will come out of this list being read by a mindless drone like you. Just another cog in the fucking system, GLOSS broke up because of you.

Thanks for ruining a bunch of cool bands. Now that these bands are dead you might as well tag some of your sellout friends in the comments below.