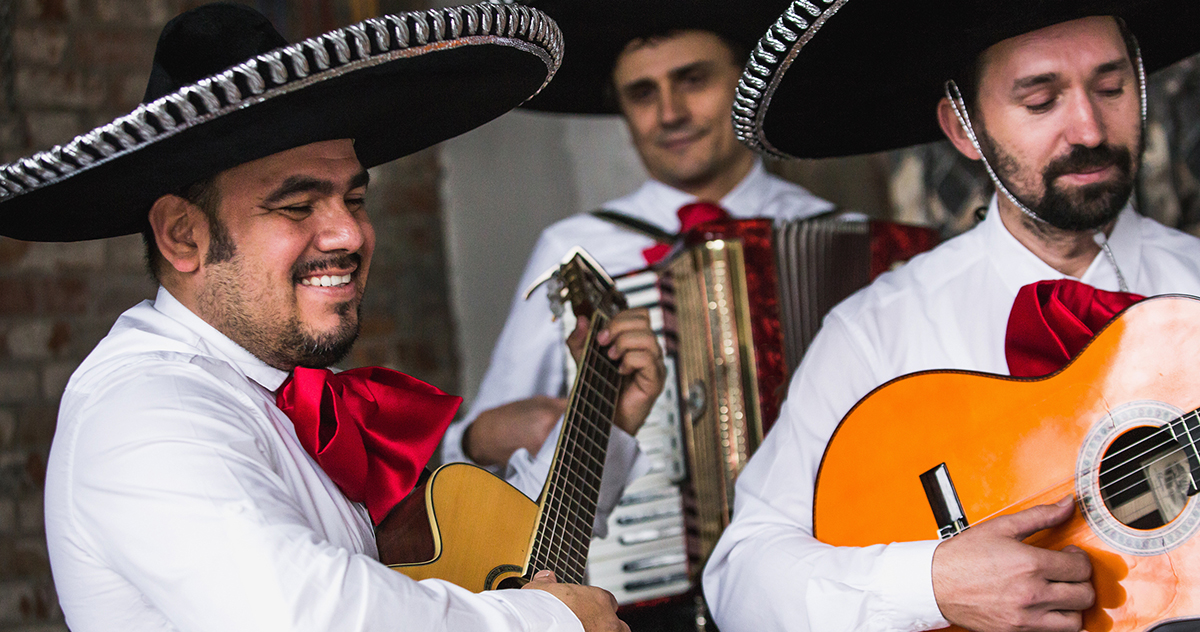 You’re sitting at a Mexican restaurant with some friends trying to enjoy a veggie fajita when out of the corner of your eye you spot a patterned vest. At first you think it’s a waiter or some shit, but those doilies glinting under the lights tell a much different story. Out of nowhere comes an accordion, a violinist, and seven guitarists with brilliantly patterned vests and they swarm a family, breaking into a song loud enough to conjure the spirit of Vicente Fernandez.

In this moment all you can think is “Fuck, they’re coming for me next.” Your mind is plagued by feelings of helplessness, shock, dread, and even life-threatening fear. “am I supposed to eat with a Mariachi remix of ‘Back in Black’ blasting in my ear?” you wonder. Fear not. Here is a list of 101 proven techniques to get you out of danger and into your flauta.