10 Years Later, Kirasawa’s “Yojimbo” Holds up as the Movie I Mention Casually to Seem Intelligent 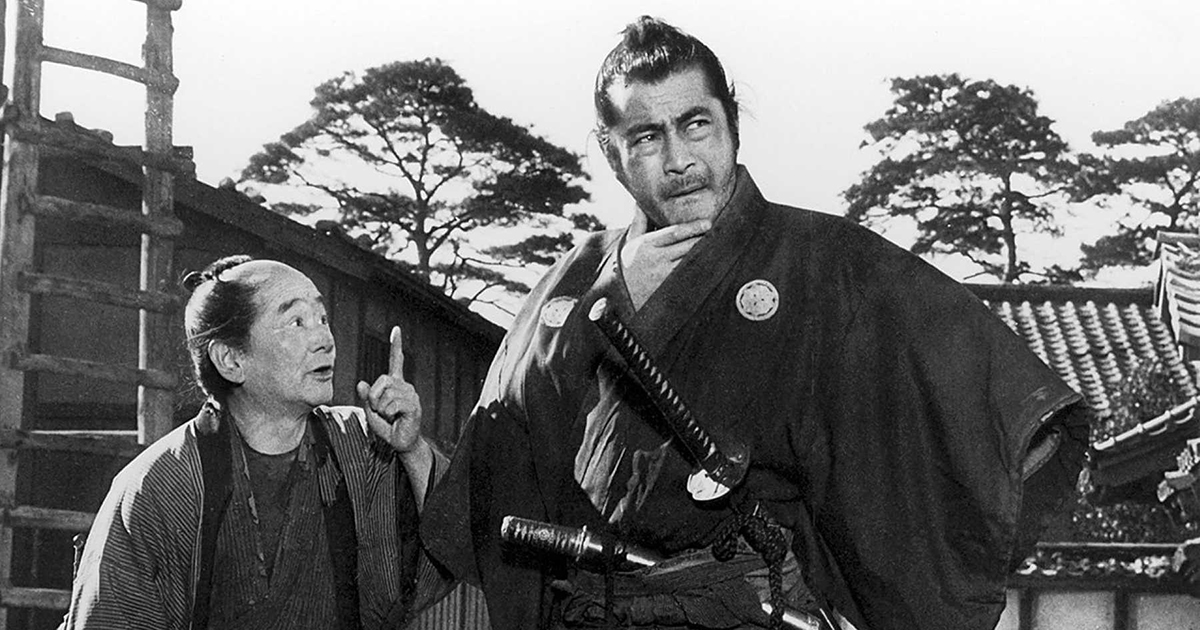 When I first watched Yojimbo in my high school film study class I distinctly remember thinking “This is probably for like, intelligent people.” Now, 10 years since I decided to make watching this movie a part of my personality, Yojimbo completely holds up as the film I mention to seem like a cultured, thoughtful person.

I honestly could not tell you the last movie I watched without an Iron Man in it, but that doesn’t matter. Folding this film into the short list of smart people things I talk about over craft beer has established me as the “serious film guy” of my friends circle for over a decade.

Mentioning Yojimbo separates you from the pack of straight white guys who consider themselves film buffs. It tells the world you aren’t some rube who’s favorite movie is Fight Club. You are a student of cinema whose second favorite movie is Fight Club right behind this smart movie from a long time ago that you have to read during and it isn’t even in color and stuff.

I can turn almost any movie conversation into a conversation about how I’ve seen Yojimbo. “Oh, you watched Suspiria? Did you know that was a remake of an Italian horror movie? Fist Full of Dollars is also an Italian movie. You know, it’s basically a shot for shot remake of Kiroosawa’s Yojimbo.”

It’s as if Yojimbo is a magic word, one that transforms you into an authority, a thinker. Abandon all hope ye who challenge my opinions, because unlike you I don’t just watch Marvel movies. I watch Marvel movies and at least this one movie also.

And that’s the best part! Talking about a movie like Yojimbo implies that you have seen so many other things! Citizen Kane, those movies with that Hitler looking guy, Rashomon whatever the fuck that is, for all you know I’ve seen them all!

Sure over the years I’ve mentioned other films to make people around me feel less-than. I watched Bicycle Thieves before dropping that film class and for a little while in 2015 I was way into pretending I had seen The 400 Blows, but for whatever reason Keerosawaz’ Yojimbo is the one I keep coming back to. Whether I’m emphasizing the beauty of the cinematography or talking about how this movie shaped the modern archetype of the anti-hero you can be sure that I have no clue what I am talking about.