Review: Volbeat “Servant of the Mind” 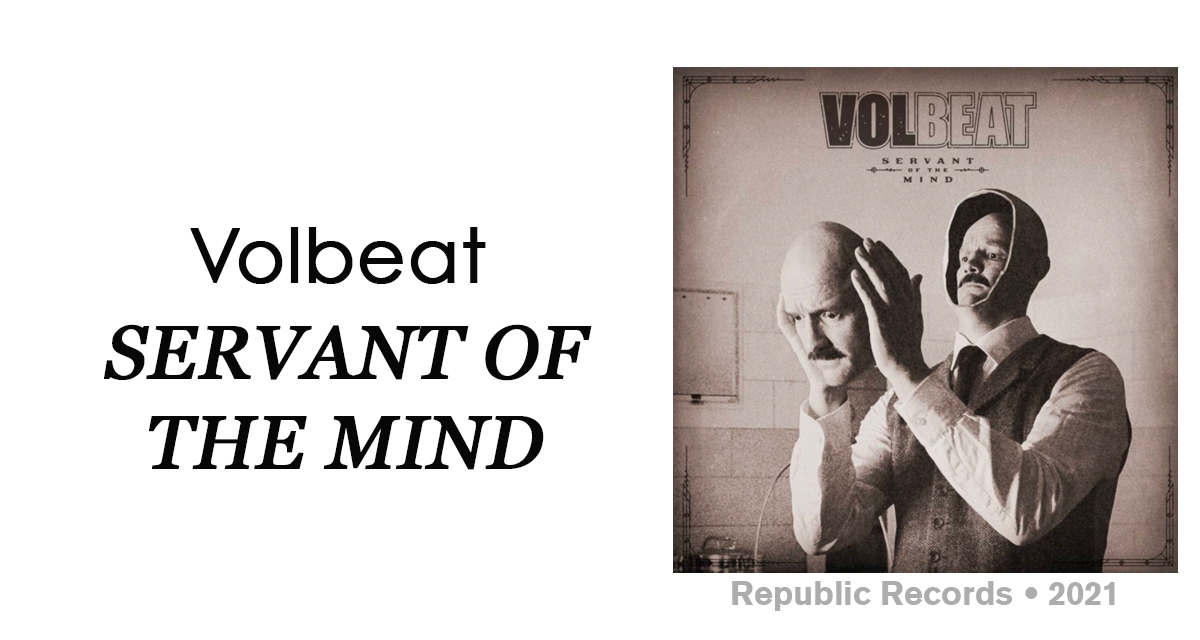 Danish rockabilly metal heroes, Volbeat, have returned with their eighth full-length of shake-and-shimmy mosh music, “Servant of the Mind.” This new eighteen-track LP embodies the band’s signature blend of psychobilly, heavy metal, and punk rock n roll up and cranks it up a notch.

Fans of Volbeat are overwhelmingly excited about the official December 3rd release of this album and I know that for a fact because shortly after I left the post office with my exclusive copy of the album, sent to me by the label so I could write this review, I was approached by two police officers.

I was extremely confused about what was going on because their guns were drawn before they even spoke. One of the officers shouted “drop it!” So I did and that’s when the other one tackled me, put me in cuffs, and threw me in the back of their car. “What the hell is going on?” I asked. Apparently, they were huge Volbeat fans and they didn’t understand how or why I had a copy of their new record. I tried to explain to them that it was my job to review it but they seemed to be more interested in the record itself than the reason for how I obtained it.

They took me down to their precinct and sang an a capella rendition of the band’s‘ Rewind, Replay, Rebound’ album from front to back for the entirety of the ride. Then, and I shit you not, when we walked into that station they were holding up the new record like it was an Olympic medal. Everybody in there was losing their fucking minds. One officer intentionally shot multiple holes through the ceiling and nobody even cared. I had absolutely no idea how much cops love Volbeat.

I wasn’t a priority to them at all. They didn’t take my name, birthday, or anything. Just tossed in a cell that was never locked because they were too busy scrambling to find a record player so they could hear the album. Once they finally did, they unplugged all the phone lines, disconnected the wi-fi router, popped out a giant bottle of Jim Beam, and just quietly crowded around the speakers.

They were honestly so entranced that I just walked out and went home. I never even got to actually listen to the record. However, I did get to watch their fans hear it for the first time and it was extremely evident that they were not disappointed. Judging by that alone