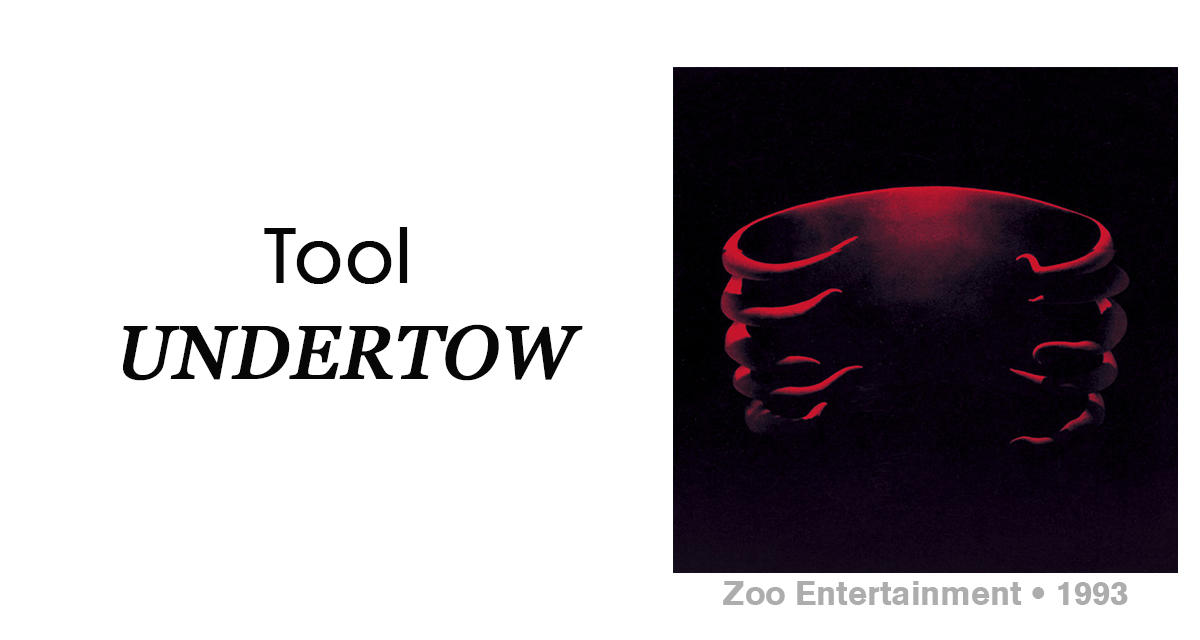 Each Sunday, The Hard Times travels back and reviews a notable album from the past. This week we’re taking a look at “Undertow” the debut album from Tool that launched them into the hearts of weirdos across the globe.

I have a confession to make: I’m not the world’s biggest Tool fan. I am, however, the third biggest Tool fan in the tri-state area, and the fifth biggest Tool fan east of the Mississippi, as confirmed via thorough vetting on the official Tool forum. That being said, I feel consummately qualified to review the greatest full-length alt-rock-prog-metal debut in history.

In case you need me to elaborate on my bona fides before continuing: I’m such a big Tool fan that I named my three sons Maynard, James and Keenan. Nothing will stop me from seeing a Tool show—not even my honeymoon. The only booze I’ll drink is Maynard’s wine. I’ll even pop on some Puscifer once in a while—not because I like them (who does?) but because of my man Maynard.

If you see a 2007 Nissan Sentra blow past you on the highway with “TOOLMAN” plates, yup, that’s me. I get such a thrill seeing the reactions of fellow Tool fans when I’m “tooling” around town. Every time I’m driving around blasting Tool, other Toolheads peep my plates and shout, “Tim the Toolman!” (don’t ask me how they know my name, but hey, I’m not complaining). Or they yell, “More power!” so I crank the volume even higher. Sometimes they’ll make a quizzical, simian grunt—a sort of “Uuuuh?” sound—which is of course a reference to the “monkey killing monkey” line from 10,000 Days’ “Right In Two.”

What I don’t get is why I keep getting asked if I’m into some dumb home improvement show from the 90s. Like I’m going to waste time watching some shitty TV program when I could be basking in my 5.1 mix of “Undertow” in the mancave, zoning out to trippy Winamp fractals on the big screen!

Hardcore Tool fans with a decalcified pineal gland like myself rank the breakthrough “Undertow” among their top albums. Sure, “Opiate” came first, but that was just an appetizer; mozzarella sticks, if you will. “Undertow” arrived on the scene like a 16-ounce Porterhouse with a pile of garlic herb mashed potatoes and ice cold Diet Orange Fanta.

Like any true Tool fan, if I hear even a few notes from “Undertow,” I’ve got to stop whatever I’m doing (sorry, babe) and listen to the whole album front to back. And yes, that includes the 14-minute hidden track of crickets chirping at the end—only a poser would skip that.