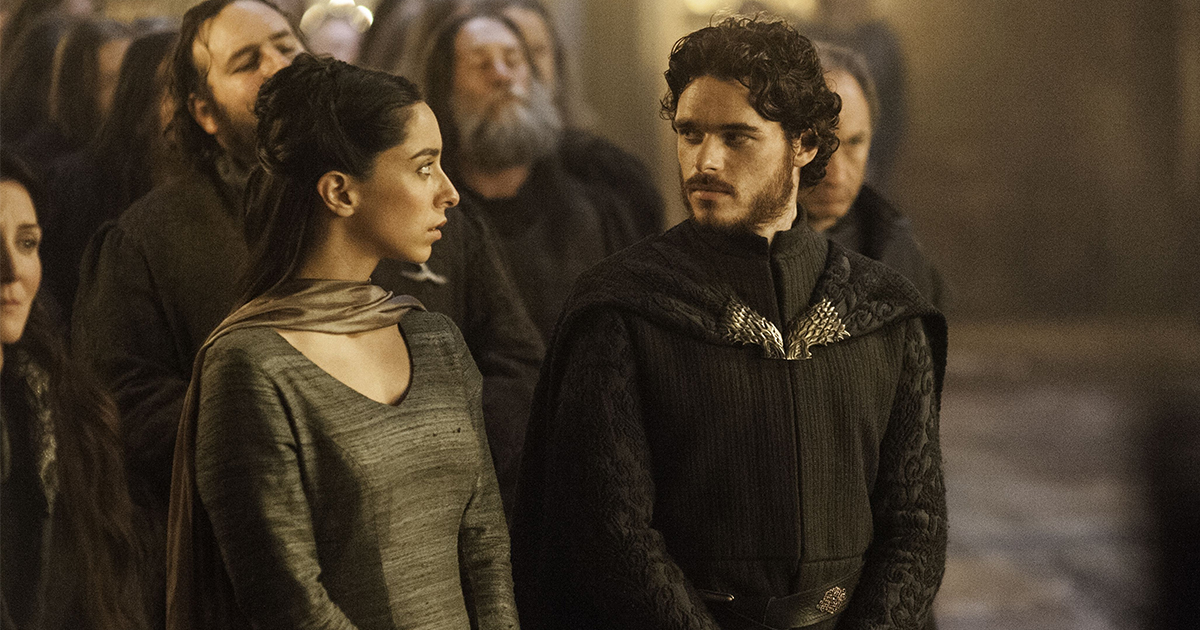 “The band had just finished playing ‘Thinking Out Loud’ and started up the first few bars of ‘Rains of Castamere,’” said a man known only as “Bloodhorn” who was in attendance at the ill-fated wedding, wiping an inhuman amount of blood off of a large dagger in his possession. “Suddenly, thousands of people started coughing and saying they couldn’t breathe, and next thing you know their throats had somehow slit themselves.”

“I think this will be a wake up call for everybody seeing what happened here,” he said, putting on a bloody cloth mask over his mouth and nose.

Dr. John Tully, a physician and head of the Westeros Department of Public Healing, took a contrary stance by asserting that the amount of people gathered at the densely-packed wedding played no part in the massive loss of life.

“In Westeros, there is a constant threat of having your throat slit. Gathering at a wedding makes no difference,” Tully explained. “It could happen at a concert, it could happen in the town square, or it could even happen while you’re sleeping. I think it would be a mistake to shut down the Riverlands just because of this. It’s nonsense, and I fully expect everyone who thinks this to eventually be baked into a large pie.”

When asked what he believed the cause of death to be, Dr. Tully was clear.

“Oh, no, yeah, they were murdered. No question. It was an act of brazen disregard for human life, but the numbers don’t tell the whole story. A lot of these people who died could have had a pre-existing condition of pissing off a bloodthirsty lord.”

At press time, Bloodhorn and his fellow survivors were urging the public to stay away from large gatherings with the warning that the rate of violent deaths in Westeros would soon increase drastically.