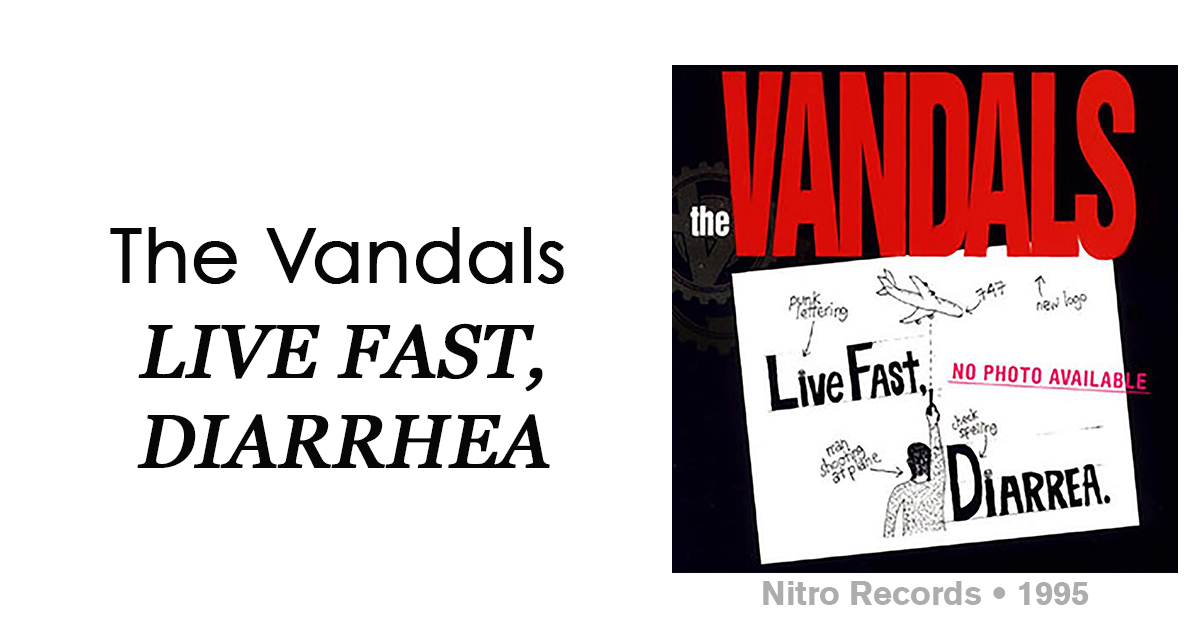 Each Sunday, The Hard Times travels back and reviews a notable album from the past. This week we tackle the 1995 breakthrough studio album ‘Live Fast, Diarrhea’ by Orange County punk legends The Vandals.

This is the only record I’ve ever heard in my life that includes an anthem for those of us who refuse to wear a new pair of pants every day. The few who are brave enough to stand up to societal norms and abstain from conforming to the notion that yesterday’s leg sleeves can’t be used again today. They said what needed to be said then and the sentiment still holds true today.

If you think about it, they were ahead of the curve on being environmentally conscious. Did you know that three thousand gallons of water are wasted every week by these elitist mother fuckers who think it’s okay to wash your pants after one use? I’m talking about perfectly good pants that aren’t even caked in shit, just being sent through cycle after cycle, all for the approval of some dickhead judging from their ivory tower.

If I had a dollar for every time somebody made a huge fuss about me coming into work wearing the same Dickies as the day before, I’d be rich enough to quit my bullshit job. Who cares if there’s a mustard stain on the crotch? I think the bigger issue is the fact that someone is looking at their coworkers’ crotch. Sounds like that person should be reported to Human Resources for inappropriate workplace behavior. Now, if I had pissed my pants and showed up the next day smelling like a toilet with no urinal cake then I’d understand the concern. The fact of the matter is, mustard stains don’t smell like anything and I’m not going to spend five dollars at the laundromat doing a load just to please some idiots in the office.

It’s been almost thirty years since The Vandals wrote this record and “Change My Pants (Not Gonna)” has been the gospel for rational, environmentally friendly punks around the world ever since. To be completely honest, all other bands who have kept quiet about the whole situation are straight-up cowards.

SCORE: One out of one perfectly wearable mustard-stained, shit-free, pair of Dickies.