Review: The Postal Service “Give Up” 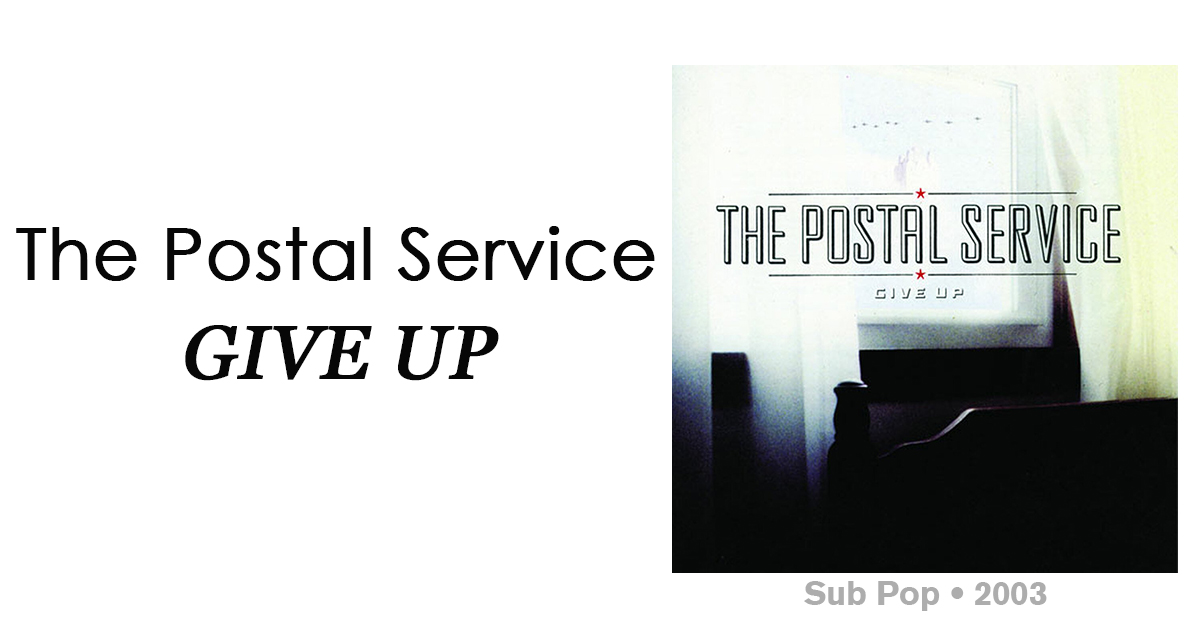 Each Sunday, The Hard Times travels back and reviews a notable album from the past. This week we cover “Give Up,” the 2003 debut album from The Postal Service.

I’ve been going over the tracks from The Postal Services’ only studio album, “Give Up” with a fine-tooth comb at the insistence of an independent agency from the federal government, and it’s been the best three weeks of my career as an attorney. From listening to “Clark Gable” on my commute to work to queuing up, “The District Sleeps Alone Tonight” before bed, leveraging a cease-and-desist letter against The Postal Service has been an auditory delight.

In the rare instance anyone forgot about one of the most famous almost-lawsuits of the 21st century, I’ll remind you that the United States Postal Service issued a cease-and-desist letter against indie pop band, The Postal Service in 2003 citing copyright infringement. Although the disagreement was settled amicably and The Postal Service was allowed to keep their band name, a small group of United States Postal workers remain determined to reclaim their namesake by sending a second cease-and-desist letter.

I knew this case would never see its day in court, but the going rate for drafting and sending a cease-and-desist letter starts at $800, and as a degenerate gambler I was in no position to turn down money. At the very least I decided to go through The Postal Services’ discography to look for further evidence of trademark infringement. Although I didn’t find any infractions, I did find my new favorite album and current soundtrack to my life, “Give Up.”

So far, two personal Injury lawyers and one intellectual estate lawyer have complained to the higher-ups about me playing the album at an “ungodly volume” during work hours, but you can’t fire someone for thoroughly researching their case. If the lyrics from “Such Great Heights” don’t invoke any kind of emotional response in you, my next court case is going to be proving you are heartless before a jury of your peers.

“Give Up” is a national treasure and answers the frequently asked question, “What would Death Cab for Cutie sound like on Prozac?” If penning legal complaints against The Postal Service is the only way I get to listen to them at work, I’ll write five more cease-and-desist letters and hand deliver them personally to Ben Gibbard and Jimmy Tamborello. Like Roe v. Wade or Nixon v. The United States, every lawyer has that one case that reminds them why they let their father force them into law school.