Review: The Evens “Get Evens” 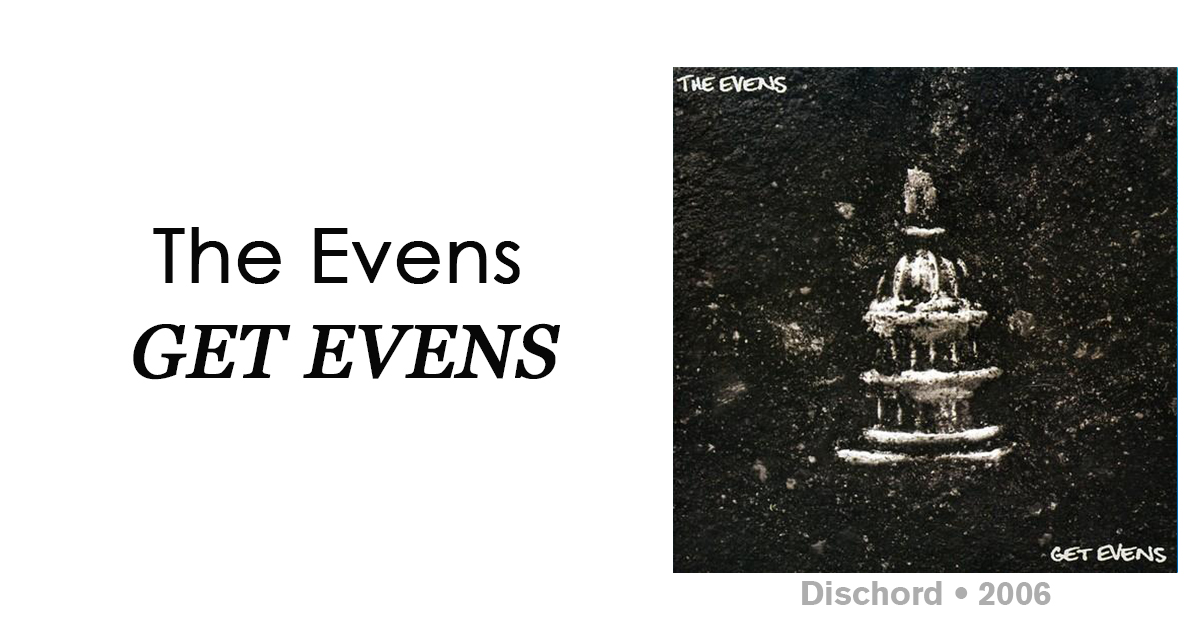 The Evens followed up their self-titled debut with “Get Evens” an album that will make most married couples say “Why can’t we do more stuff together.”

When I heard that Ian MacKaye and Amy Farina had a project called The Evens, I couldn’t wait to check it out. Minor Threat was my favorite band in high school after my first boyfriend, Evan [name redacted] made me a tape with some of their stuff on it. The thing that made me most excited about it, though, was the fact that Farina and MacKaye could come together, as a couple, to support each other, collaborate, and make sweet beautiful love in the form of three-and-a-half minute songs.

Even when things got hard, which I’m sure they did, Ian and Amy walked through it together. I wish me and Evan could have said the same, but unfortunately, the pressure of being boyfriend/girlfriend in seventh grade in 1994 proved to be too much for us, even after giving it six honest tries over the span of nine months.

My assignment for this review was to listen to and talk about The Evens album ‘Get Evens,’ but this whole thing got me thinking about young love, parents who I’m pretty sure had it out for me ever since the time I refused a napkin and instead used the interior of Mr. [name redacted]’s car to wipe ice cream off my hair, and of course, my sweet Evan.

It also led me down a path of internet searches that led me to learn that restraining orders expire after one year, and don’t last “until after one of you dies,” like Evan’s horrible mom, Mrs. [name redacted], told me after refusing to give me candy on Halloween a couple of years after I graduated. But now that I think about it, I’m not even sure that was true, based on how the [name redacted]’s would still have me come over every third Saturday to mow their lawn.

To think, that all this time Evan and I could have been making beautiful art and living a wonderful life together, but instead, Evan’s wasted all these years moving on with his life without me, while I’ve been here breeding backyard guinea pigs and picking up my 60 day key tag no less than 14 times.

Anyway, maybe, as the great Bhodi once said to his frenemy/hottie Johnny Utah, I’ll “see you in the next lift,” Evan [name redacted.] I hope you’re happy wherever you are (which according to what I saw on Facebook is Boca Raton, Florida at your cousin Brooke’s wedding, or at least that’s where you were 13 weeks ago.)

Score: I guess if I want to get paid for writing this I’ll give the album 4 out of 5 orders of protection, since apparently those don’t mean shit anyway and anyone can just say they got one against you when really they’re just mad about how you clogged their lawnmower with one of those plastic milk cartons. They obviously needed to change the blades on that thing anyway because it didn’t cut jack shit.