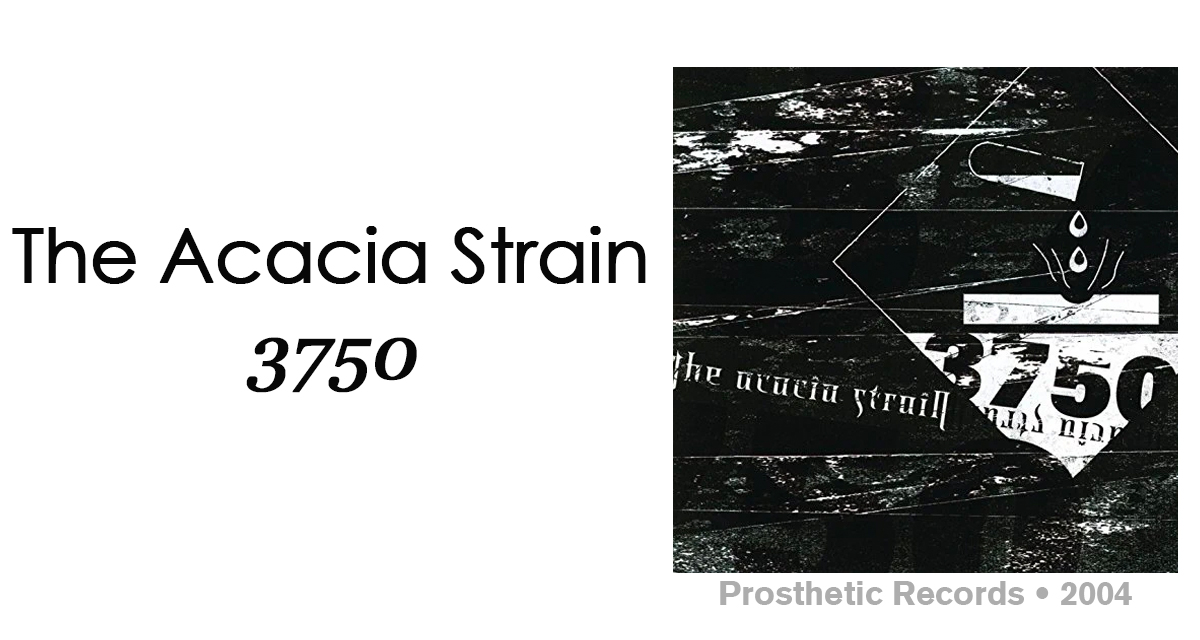 This week we take a look back on The 2004 metalcore album “3750” by the pride of Chicopee, Massachusetts, The Acacia Strain. Or, at least, we tried to…you see, there was unfortunately some confusion.

When I first asked the Hard Times what I’d be covering this week, they quickly responded with “3750.” I said “Uh, I’m really sorry, but I’m a little short on cash this week…could you do a lower price tag? I really want to do a review this week.”

Again, they said “3750.” I sent them a picture of my opened change purse, with the witty blurb “see? I can’t even afford a moth to fly out of this thing, much less 37 and a half bucks! Ha ha” and waited for them to respond with either a lower price point or, since they enjoyed my little joke so much, just the name of an album without me having to shell out any money.

Nope. They said “3750.” Dang! I thought hard. I was about to tell them that I didn’t recall having to pay anything for any of the other reviews I’ve done, but stopped myself in case there was some clerical error and their next response was an invoice. Better keep a low profile.

I was stopped in my tracks. I noticed there was no decimal point at all! They were asking for 3,750 big ones! It would take me years to accumulate that sort of wealth. I did the math in my head and, any which way I fudged the figures, it just didn’t seem fiscally responsible for me to pay almost 4000 dollars to write a 30 dollar review.

I handed in my uniform (my head’s been chilly ever since from where that propeller beanie used to be) and told them that I’d no longer be able to write reviews for the Hard Times. I left on a hopeful note, however. I signed off my resignation letter with “Hopefully I’ll be able to one day write for your publication again, some year down the line.” to which they graciously responded with “3750.” Only about 172 decades from now! By then I should be rich!

Anyway, hope to see you all in a few thousand years!