Review: Terror “Trapped in a World” 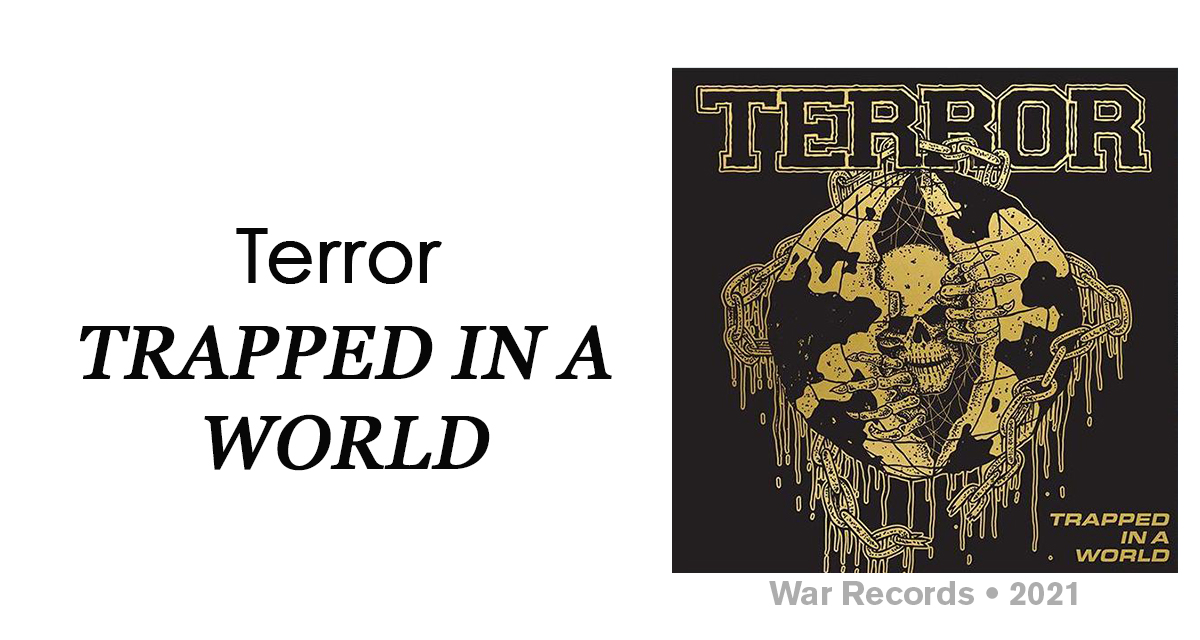 Hardcore legends Terror are back with their eighth album “Trapped in a World” featuring 12 rerecorded tracks from their first two albums “One with the Underdogs” and “Lowest of the Low.”

If you loved Terror’s first two albums, you’re going to be blown away by “Trapped in a World,” because it’s all the same songs. After deciding to team up mid-pandemic and rerecord tracks from their debut album “One with the Underdogs” and “Lowest of the Low,” Terror released 25 minutes of raw, unadulterated hardcore that will leave you saying “Wait, I think I’ve heard this song before.”

After doing some cursory research, I learned Scott Vogel’s address and decided to do a quick drive-by, which is pretty standard for journalists. The house was just how I imagined it, but the windows were a little hard to see through, so I let myself in the side door. The best way to get to know your subjects is to become intimate with them, and what’s more intimate than hiding in Scott Vogel’s laundry room while he feeds his dogs?

It all started back in 2005 outside of Buffalo, New York when I noticed someone ordered the same garbage plate as me. We struck up a short but intensely meaningful conversation where I learned he was the frontman for a hardcore band called Terror, and that’s when I decided to become a music journalist. Having now attended countless Terror shows and written hundreds of unpublished articles on them, I felt compelled to review their latest album, even though Nine Inch Nails’ frontman and Terror Guitarist Todd Jones has repeatedly asked me not to be within 100 yards of the band.

People will always judge what they can’t understand, which is why my friends, family and Todd Jones have distanced themselves from me over my “unhealthy obsession” with a man I “hardly know.” I still have his old Nike sweatshirt and a partial fingernail clipping I stole while he was performing in New Mexico. Would you call that hardly knowing someone? They’re just jealous because they know most of the tracks from “Trapped in a World” are about me, like “Keep Your Distance,” “Out of My Face,” and “Better off Without You.”

Every time I violate my order of protection and sneak into a Terror show, I know he’s speaking directly to me when he screams at the audience to “activate the pit” or “Kill motherfuckers and eat pussy.” As his self-appointed muse, I have duties, which is why I’ve decided to camp out in Scott’s crawl space until the time comes to talk about our future together.