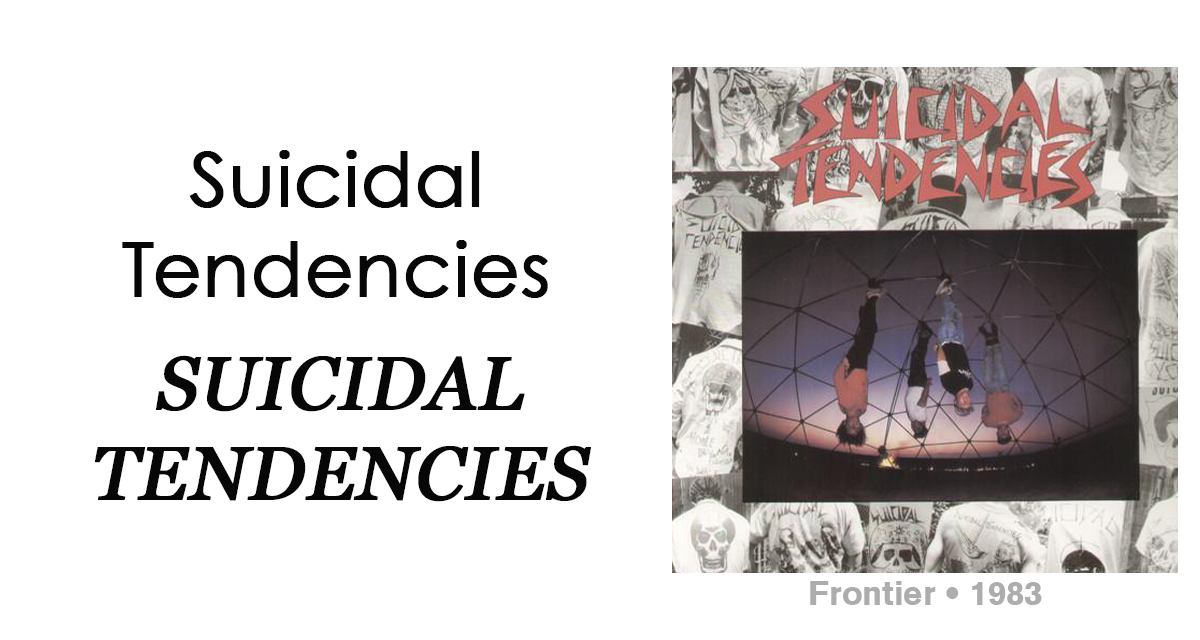 This album is a fucking classic. Just front to back bangers including some of the band’s most popular songs to date. “I Shot the Devil,” “I Saw Your Mommy,” “Institutionalized,” they’re all here. It’s so good that I don’t even care about the malicious conspiracy theory the band has denied for years. We all know it, the one that says the group was created by PepsiCo for the sole purpose of  selling soda to young punks. Sometimes the internet gets things wrong, don’t believe everything you read.

Besides, what is that conspiracy even based on? The fact that most quoted part of their biggest song of the last 30 years is about wanting a Pepsi? That’s just a coincidence. I mean he couldn’t say Coca-Cola. That’s way too many syllables. And RC Cola just didn’t have enough brand recognition. Pepsi is just a general soda that Mike Muir used as an example. The bigger message of that part is that he wasn’t on drugs. He’s a good kid and his mom freaked out for no reason. That’s the point of that part. Good kids drink Pepsi, lots and lots of Pepsi and the most well behaved kids will drink other PepsiCo products like Sierra Mist, or even Tropicana juices.

Oh and let me address the other elephant in the room here since we’re on the topic. The members of Suicidal Tendencies wear a lot of blue. That’s just the uniform of the group. They like the way it looks and it helps people recognize their band. Kind of like how Coca-Cola’s whole thing is red cans and Pepsi’s whole thing is blue cans. It helps people tell the difference. But, despite what the conspiracy might try to say, there is absolutely no evidence to support the claim that Pepsi told Suicidal they had to wear blue all the time or they would be murdered by veterans of the Cola Wars. It’s a completely separate thing.

Suicidal Tendencies’ self titled record is amazing because the band kicks fucking ass. I don’t care how many outlandish accusations there are about their whole inception being a marketing campaign by a major soda corporation. Stop watching countless hours of YouTube videos trying to convince you of something that isn’t true and just listen to the album for yourself.

Score: 8/8 cold crisp refreshing cans of Pepsi, the perfect soda for a good time. That’s what I Like.