Review: SeeYouSpaceCowboy “The Romance of Affliction” 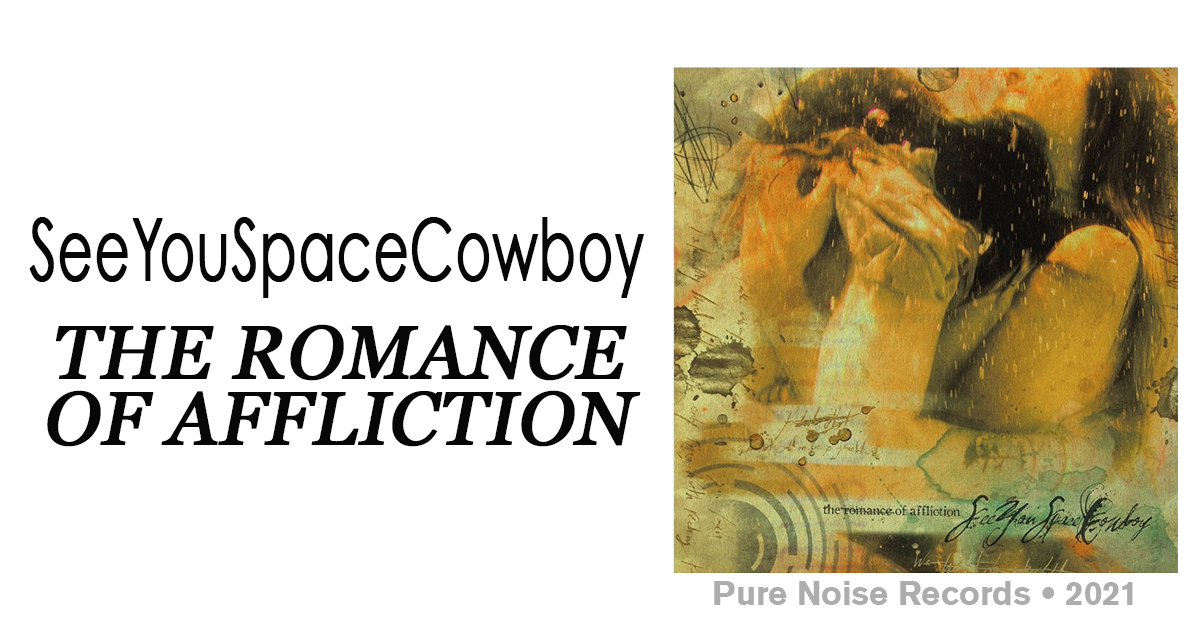 San Diego sibling-led sasscore quintet SeeYouSpaceCowboy dropped their second album “The Romance of Affliction” last November, and this Pride Month we are here to review their ambitious and emotionally honest new project. Mostly because we’re fairly sure the frontwoman is a lesbian, and we’ve been trained by the algorithm to shoehorn all our vaguely gay content into a four-week period, but don’t tell anyone that.

The band’s namesake is, of course, taken directly from the end card of the classic 1997 anime “Cowboy Bebop.” The soundtrack to “Bebop” is primarily attributed to Japanese big band outfit Seatbelts and composer Yoko Kanno. If you’ve heard anything by them, it is probably the “Bebop” theme song “Tank!,” a deeply catchy jazz number that has a way of entrenching itself in your head for pretty much eternity.

“Tank!” really rips, to be honest, and while sitting down to write this review, I found myself humming along to the iconic saxophone melody. It was super hard to focus on this so I wound up just kind of throwing on the first season of the anime in the background to get my “Tank!” fix every 20 minutes or so, but unfortunately I just wound up watching the show intently instead of listening to the album I’m supposed to be reviewing.

I have decided that instead of reviewing “The Romance of Affliction,” which I’m sure is very good, I’ll instead be doing an in-depth analysis of what exactly makes “Tank!” tick, from a music theory perspective. And instead of writing, I’ll be doing it via podcast, because everyone has a podcast and frankly I love hearing myself talk.

Welcome to The Yoko (Kanno) Factor, a musical analysis podcast dedicated to picking apart the intersection between the one anime I genuinely like and its opening theme song that I can’t stop thinking about. The YKF is a passion project entirely self-funded, so be sure to subscribe to my Patreon at any tier level to support independent content creation!

(Editor’s note: Colleen was promptly fired for attempting to plug an unsanctioned podcast in the middle of a very important album review. We apologize to anyone who was harmed by this piece – The Hard Times Staff)