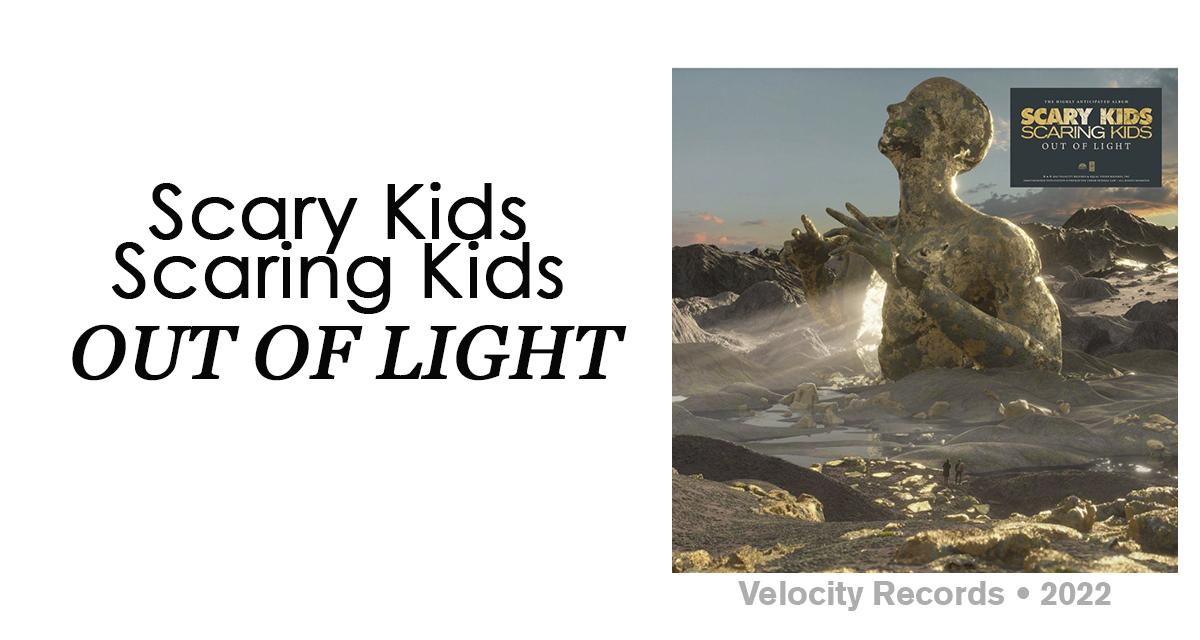 After a breakup, the death of a band member, and an unexpected reunion, Scary Kids Scaring Kids have certainly been through the ringer, and their new album “Out of Light” proves that they are resilient as ever.

“Out of Light” marks the first release from SKSK since their critically acclaimed self-titled album way back in 2007. And that was one hell of a year. President Bush was so affected by the world of punk rocking against him that he decided to not seek a third term in office, the housing crisis and the recession that followed were months away, and after multiple failed attempts I finally got my motorcycle license.

The summer of 2007 was the year I wound up working on a boozy brunch cruise in Myrtle Beach. Mostly because my mom’s piece of shit boyfriend left her in the middle of the night to join the circus, I shit you not, and she needed someone else to help her split the rent. I was broke as anything at the time due to my felony conviction (unfair, mind you, that aggravated assault was in self-defense, and the second aggravated assault was because someone dared me) and my pervasive inability to hold down a job (including that ill-fated gig as a crossing guard), but hey, when mama calls, you answer.

The cruise wasn’t the worst job I’ve ever had—that honor goes to cleaning Porta-Potties at an EDM festival—but it certainly wasn’t the best. I spent most of my shifts serving bottomless mimosas to middle-aged white women and elderly Jewish mahjong addicts until they blacked out by noon. I was often stuck working alongside Sheila, a 22-year-old mother of three who was completely incapable of not talking and a deeply dedicated Toby Keith fan.

But despite my griping about my coworker’s musical tastes, the job was worth it for the free drinks alone. I was quite the hit among the “old guys smoking cigars all morning” crowd. It wasn’t worth it in the long run, however, ‘cause I got into a fistfight with Sheila. That snake-faced whore had the audacity to insult my AFI calf tattoo, so I fucking threw that bitch overboard. The ensuing warrant for my arrest has been hard to outrun all these years, even after modding the shit out of the Yamaha and reflashing the ECU.

SCORE: ⅘ Bottomless Mimosas and 1 ban from the state of South Carolina