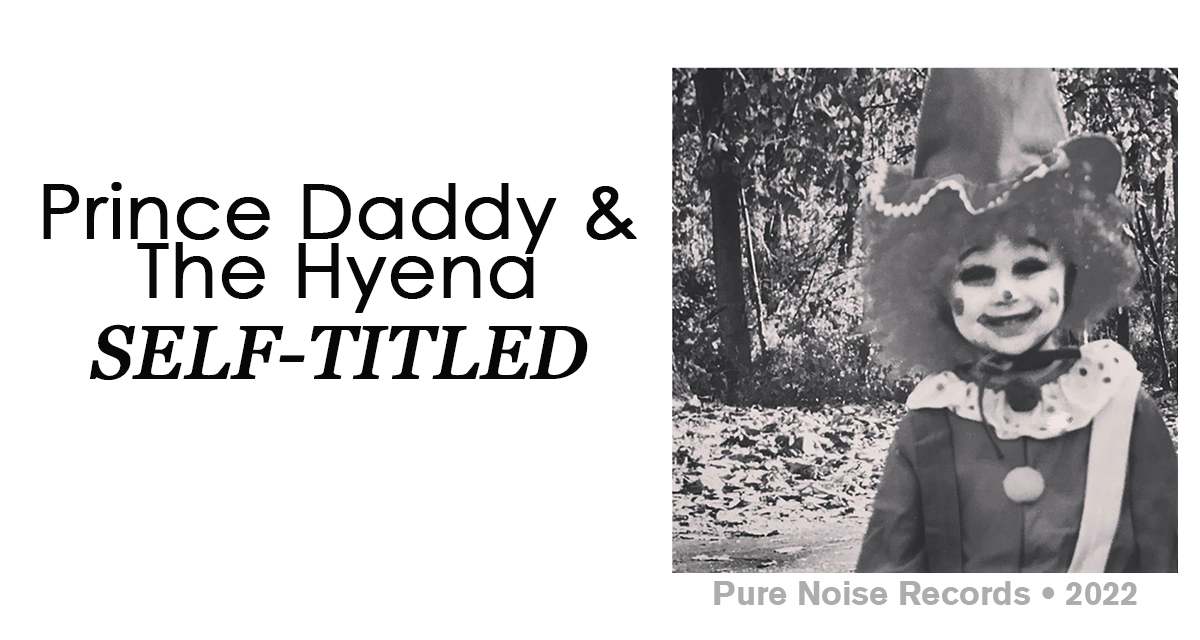 Albany-based indie rockers Prince Daddy & The Hyena take a step towards the Black Parade with their newest self-titled release, a concept album that feels like The Antlers “Hospice” was covered by Bowling for Soup. That’s a lot of references in the opening sentence, but trust me, it’ll click if you pop this bad boy on.

Prince Daddy is probably the best thing to come out of Albany since Herman Melville, so it’s definitely been a long time since the city had a win. Albany is the city equivalent of a freshly graduated art student who realizes they’re wildly unemployable so it just kind of winds up devoid of personality and desperately clinging to perceived hipness. I haven’t been up there in a million years, man. I think the last time I was in Albany was in December of 1992.

Rough trip, I’ll be honest. I had spent the previous nine months really comfortably hanging out, not doing a ton, just kind of floating around in ooze and vibing, and then bam, the 20th rolls around, and suddenly I have to go to fucking Albany, of all places. I distinctly remember my mother being VERY insistent that I join her on the trip, even though I clearly was in no mood to, and my father being much more laid back. He was more interested in watching the Giants game.

By the time I finally gave in and agreed to my mother’s totally relentless pushing, for some reason she was already in the hospital, which I for one did not agree to. What kind of start to vacation is that? I remember suddenly opening my eyes after taking a quick nap and seeing a ton of really horrible fluorescent lights and a pretty sizeable crowd of people. One of them even held me upside down by the legs and smacked my ass really hard, which is kind of an odd welcome to the city.

And the staff? Super fucking rude. They all kept talking about me like I didn’t speak English or anything and saying “this baby has 6 toes, we need to do emergency surgery,” and other weird shit. I dunno, man. Albany’s just left a bad taste in my mouth ever since. The Prince Daddy record is a bright spot, though, and maybe it’ll become my new go-to soundtrack while shopping for specialty shoes.