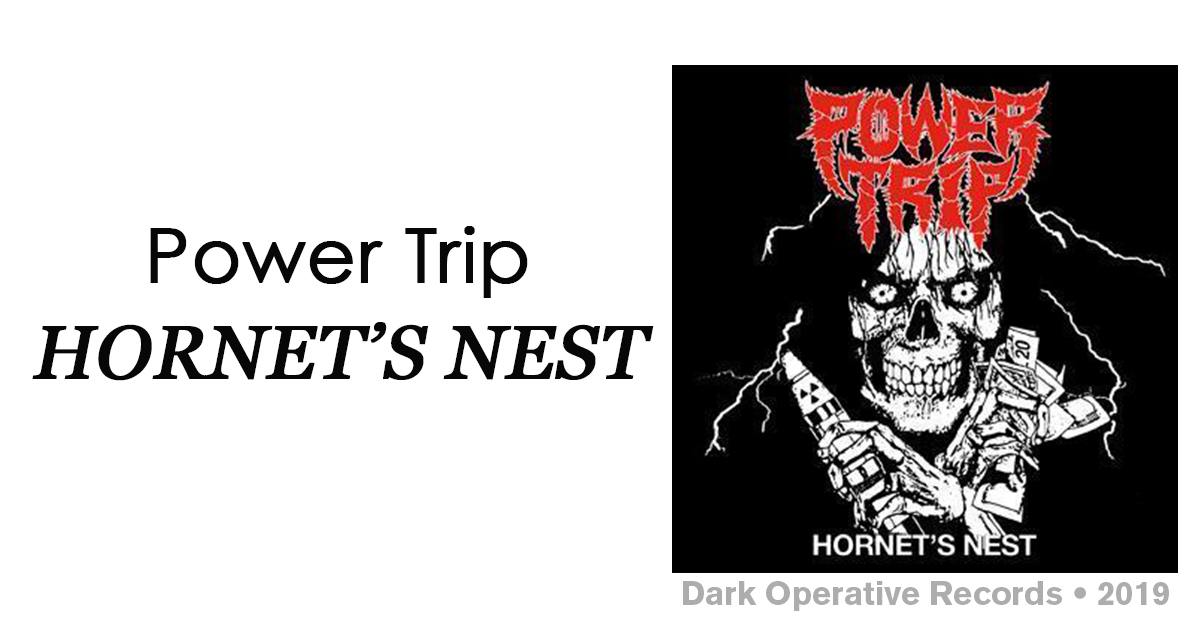 Grammy-nominated metal giants Power Trip were part of a new breed of bands that pushed the limits of the genre. This song was originally part of an Adult Swim singles series that quickly became a fan favorite, racking up over one million streams faster than any other song in the band’s catalog.

I actually meant to pick up a copy of the Hornet’s Nest flexi 7” from their merch booth when I saw them in Baltimore back in 2019 but unfortunately, I broke my neck headbanging during their set and was rushed out in an ambulance. I tried to convince the venue staff to let me stay but the dickhead venue owner said there was “a bone sticking out of my neck” and that I “should go to the hospital immediately”.

Lucky for me, Adult Swim was aware of my work as a high-profile music journalist and sent over one of the original test pressings of the flexi directly via UPS Red. Now, I’m not one hundred percent sure why or how this happened, but my mail person ended up delivering the 7” to my neighbor’s house where it’s been sitting on their porch for the last couple of weeks. I would have snagged it by now, but there just so happens to be a giant hornet’s nest on that porch as well. How’s that for fucking irony?

This thing is massive. So massive that I’m pretty sure the people living there just abandoned using the front door altogether. The city deemed it a public health hazard and sent someone out to remove it last week but that poor bastard ended up getting stung so bad he was helivaced to the hospital and put in a medically induced coma. I think he’s still unconscious.

Despite all that happening I was still determined to try and get it myself. I mean, UPS Red isn’t cheap. I didn’t want Adult Swim to waste all that money because of some massive colony containing hundreds, maybe thousands of aggressive poisonous hellbeasts with wings. So, about two nights ago I decided to take my shot. I threw on my leather jacket and my roommate’s motorcycle helmet for protection and crept on over.

I figured since the sun was down they were asleep and even if a few weren’t, I had more than enough protection. I was sadly mistaken. They were not asleep. I took a step on that wooden porch and it made a loud creak which startled a lot of them because they immediately swarmed me before I could even reach to grab my package. There were so many all over the helmet and in a panic, I took it off, threw it at the nest on the porch and ran for my fucking life. I got about three blocks before I realized they were gone.

Turns out that when I threw the helmet, it knocked down the nest right on top of my package which has now become a part of their new home. I also found out I’m allergic to hornets after one crawled under my jacket and stung me directly on my nipple. None of this has changed how I feel about Power Trip though. The song got over a million listens on Spotify for a damn reason.