Review: Poison the Well “Tear From the Red” 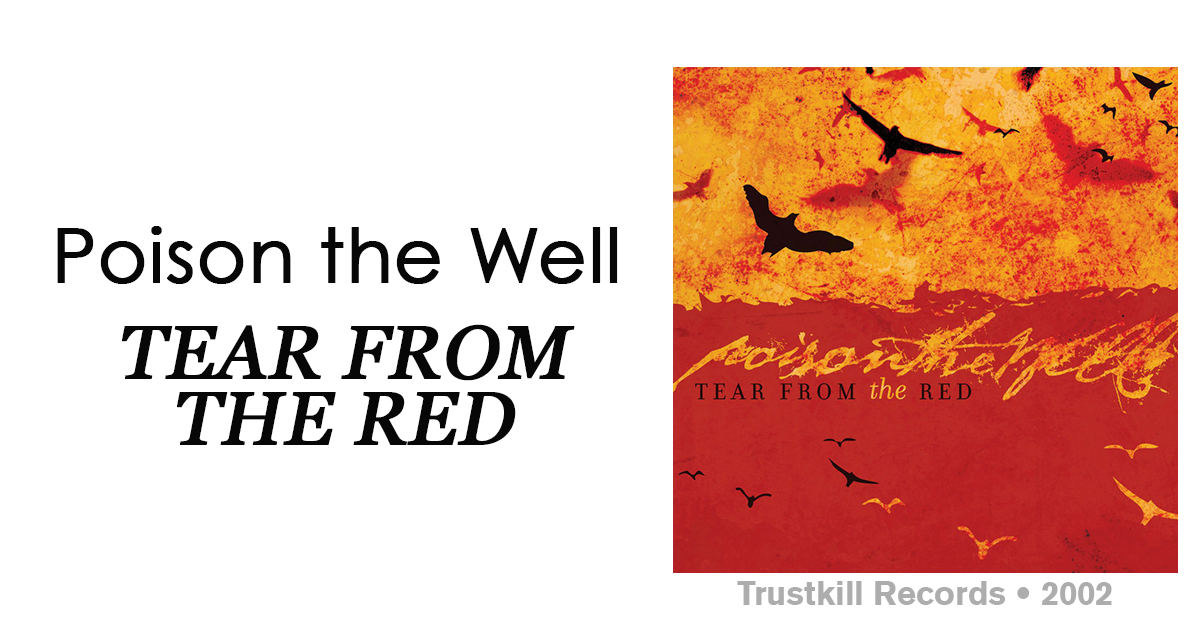 Each week, The Hard Times takes a trip to the past to review a classic album. This time around we take a look at Poison the Well’s “Tear From the Red” the album that landed the band a deal with a major record label.

Metalcore icons Poison the Well are known for their early-2000s efforts like “Tear from the Red” as much as they are for their numerous, seemingly relentless lineup changes. Since the process of writing and recording an album is often as important—if not more—than the finished product, I thought I’d take a look back at the legendary story of “Tear from the Red,” an album so cursed with bad luck, it may as well have been influenced by spirits from beyond the grave.

And by “may as well have been,” I mean “literally was.” Did you know that the making of this album began when frontman Omar Rodríguez-López purchased a Ouija board from a curiosities shop in Jerusalem? Yep, that’s right. This shit had creepy potential from the start, but it started out innocuously enough. On their tour with Red Hot Chili Peppers (yeah, I know), the band apparently spent most nights using the board on the bus after a show. The spirits contacted by the band, known collectively as “Goliath,” began communing with them on a regular basis.

Granted, talking to the dead is a pretty hype concept for an album, but it definitely came with risks. And man, these guys had it rough after unleashing a flurry of angry spirits on themselves. The recording process was marred with bad luck, from flooding to injuries to lineup changes caused by mental breakdowns. Even the sound tech quit after realizing this album was touched by something evil.

Apparently, it got so bad that Rodríguez-López had to fucking bury the Ouija board in an undisclosed location in order to stop the parade of madness that followed him at every turn. Honestly, I think this would make a dope horror flick, with a banger soundtrack to boot. Someone jump on the rights to that, and if it works out, bring a soothsayer and sage or some shit to protect yourself!

And there you have it, folks, the story of the most cursed album of all time, “The Bedlam in Goliath” by The Mars Volta.

SCORE: 0/1 correct albums I researched for this