Review: Offenders “We Must Rebel” 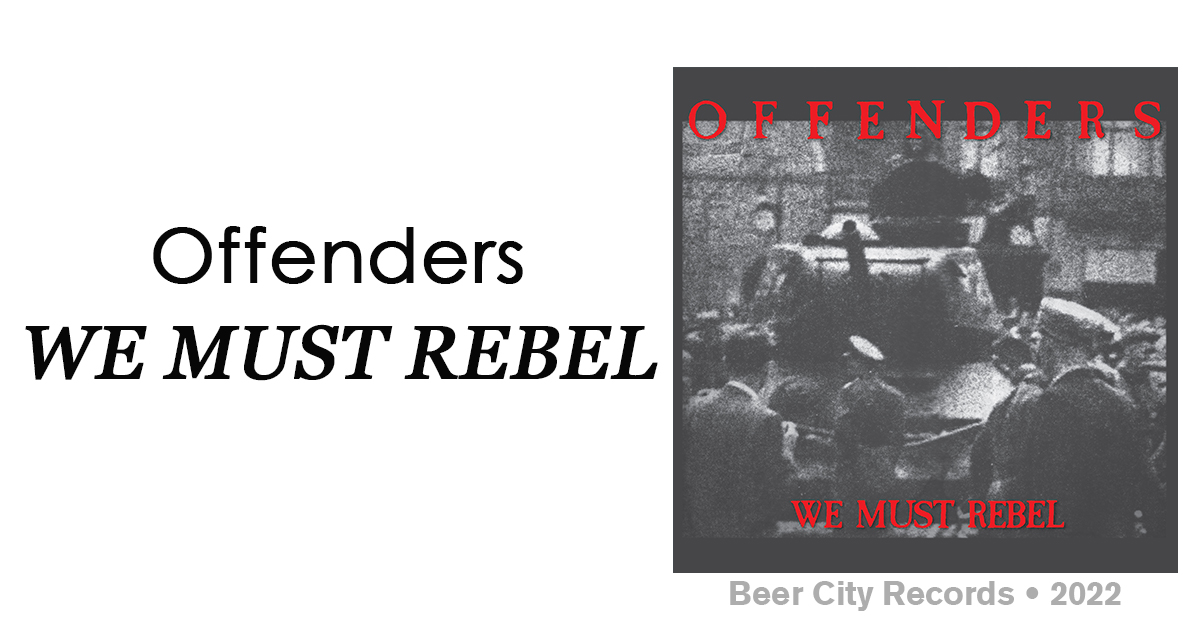 Each week The Hard Times takes a look back at a classic album. We also listen to it and review it. This week, we take a look at Offenders “We Must Rebel.”

This 1983 release from the Austin, Texas punk legends has been highly regarded for decades. Rightfully so. It’s a perfect hardcore record. Fast. Raw. Perfection. However, in recent years it’s come under fire after many on the internet started speculating that there may be a direct correlation between it and Joe Rogan being inspired to relocate his compound to the capital of the Lone Star State.

Rumor has it that Joe stumbled across the band while googling potential podcast guests. It’s said that something about their name really resonated with him. In my honest opinion, I think it had something to do with his distaste for political correctness. That’s just me though. Anyways, I guess the album he ended up checking out was this one. He’s admittedly not much of a punk rock guy but he could appreciate the aggression in the music.

He started playing it to get pumped up before recording new episodes and I guess one day had the epiphany. The only way he was going to be able to combat this new lefty Hollywood cancel culture mainstream ideology was to, as the title of the album suggests; Rebel. So he bailed on LA and brought his ass to the only place that made sense to him. Somewhere he was free to be his own Offender in peace.

Before long he started telling all his like-minded millionaire friends who were also sick of being oppressed. That’s why Elon Musk, James Van Der Beek, James Marsden and many more followed suit. Again, this is all just internet speculation. But, and again this is only my opinion, the rumors track. That doesn’t take away from the fact that this record kicks ass. If I were a rich Hollywood mother fucker who was getting frustrated by critics bad mouthing me for being paid millions of dollars to spout racial slurs and false facts, I’d probably do the exact same thing.

SCORE: 3.5/5 hits of DMT in a sensory deprivation machine.