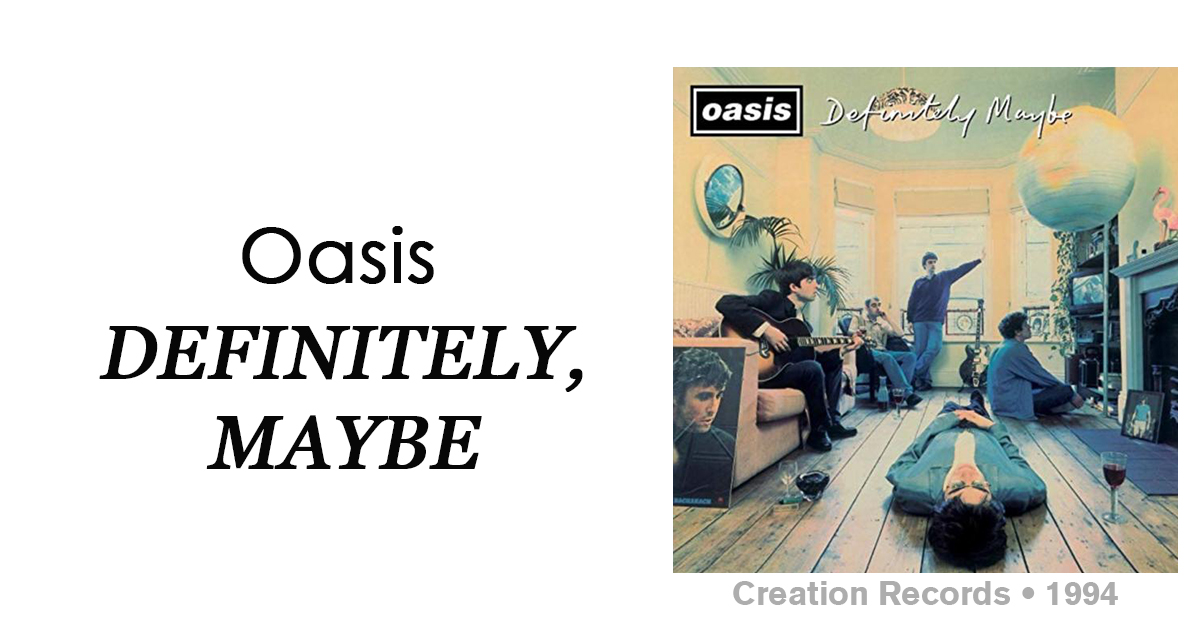 Each Sunday, The Hard Times travels back and reviews a notable album from the past. This week we look back on the 1994 album that everyone mistakes for the one with “Wonderwall” on it, “Definitely, Maybe,” from “Wonderwall” superstars, Oasis.

With fall now officially here and the cozy, reassuring feeling that comes with the inevitable death and decaying of everything around us, I’ve been feeling nostalgic for something familiar. As all of my exes have me blocked, and my hometown is off limits as I will probably run into my ex-step-dad Rick and just can’t afford to pay him back right now, revisiting old people and places is just not possible.

So what better way to feel weirdly sad about life than to listen to an old song, and what better song encapsulates “my best days are behind me and my jawline is never coming back” than “Wonderwall”?

Oasis’ “Definitely, Maybe” is an album that really makes you work for it, as you have to listen to it several times and still won’t find this song on there. Starting off with “Rock n’ Roll Star,” you’ll probably think, “OK, it’s not unusual for a band to have some random song that isn’t the one you know as the first track.” I mean, something has to go first. But then you get three songs in, and it’s still not “Wonderwall,” which is gonna make you want to skip ahead, but you won’t because you know that waiting just makes the moment that much sweeter (and I’m pretty sure is the idea behind why my ex from the summer of 2003 still hasn’t returned my emails or bounced-back AIM message requests. What a delicious little game we play, huh AstroCreep6669?)

By the time you get to “Supersonic,” which you’ll mistake as something exciting since you think you remember a band with the same name being big around the same time as “Wonderwall,” you may be tempted to give up, but give up you will not! Mostly because you think those Gallagher boys may have pulled the old “Knights of Cydonia-we’re-gonna-make-the-song-you-came-here-for-be-the-last-track-on-the-album” move, which is equal parts classic and very frustrating, and, on an unrelated note, is how my sexual moves have been described on more than one occasion.

However, the last song on the album is definitely not “Wonderwall” either, and I’m starting to think that maybe that song got my weak mind in some sort of Mandela effect trickery and doesn’t exist at all. I have been doing a lot of whip-it’s since the 90s, so really anything is possible.

SCORE: One out of Five stars, not because “Wonderwall” is nowhere to be found on it, but because the chord progressions throughout just feel a little immature.