Review: No Doubt “No Doubt” 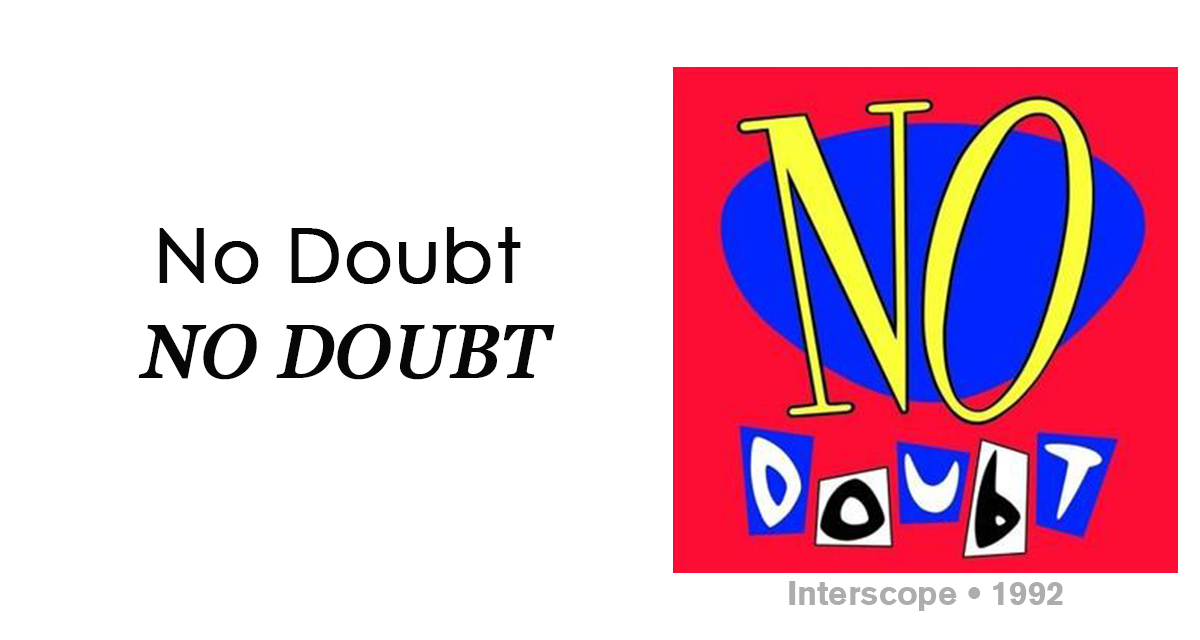 Each Sunday, The Hard Times travels back and reviews a notable album from the past. This week we tackle the 1992 self-titled debut from the ska/punk/pop legends No Doubt.

Well, well, fucking well, if it isn’t the moment when my “career” “choice” isn’t finally coming around to pay off. Not literally in terms of money payment, but in the form of something far more valuable: finally letting the entire world know about the time Gwen Stefani stole the haircut I gave myself in 10th grade (I can’t remember the exact year.)

She probably thought she’d gotten away with it, seeing as how it’s been 25 years, and also how she has no idea who I am, despite countless attempts on my part to make myself, and my hairstyle, known. Well guess what motherfucker, the chickens have come home to roost and now it’s time to pay, and oh, how you fucking will pay, in the form of being subjected to a 350-word record review of your band’s first album that upward of a dozen people might read.

I was already told by my editor, who fought very hard to assign this one to anyone else to no avail, that I had to talk about the album if I want to keep working here, probably on account of how he’s definitely taking Gwen Stefani’s side and hates me. So let’s take a look at these shitty tracks and get this bullshit outta the way. One song is called ‘A Little Something Refreshing,’ which is exactly what I thought my new haircut was going to be, not just for me, but for the countless students who walked by me not noticing my presence for all four years we shared several hallways together.

Then we’ve got ‘Ache,’ ‘Sad for Me,’ and ‘Sinking,’ all of which are exactly the feelings that happened to my body a mere weeks before the first day of school when I saw MY new haircut on HER stupid head within the pages of YM Magazine. What should have been hundreds of praises saying “cool hair!” were instead replaced with “I love No Doubt!” and “Gwen Stefani is so hot!” and “I think you have string cheese in your braces” and also “You definitely have string cheese all over the front of your pants. I didn’t even know string cheese could stick like that without being melted or something.”

And how could we forget the song ‘Move On,’ which proves, and I don’t know how anyone can deny shit at this point, that Gwen Stefani is gaslighting me and profiting off of that.

Fuck you to death, Gwen Stefani. I’ve come a long way, and my therapist says that I don’t need to talk about this anymore, and has pleaded with me several times to stop after I went against his medical advice, so I can let this go. I just don’t want to, and I’m not going to anytime soon or ever.

I would give this album a ZERO STARS rating out of seventy billion because Gwen Stefani is a thief who sucks. If you’re reading this Gavin Rossdale, call me.