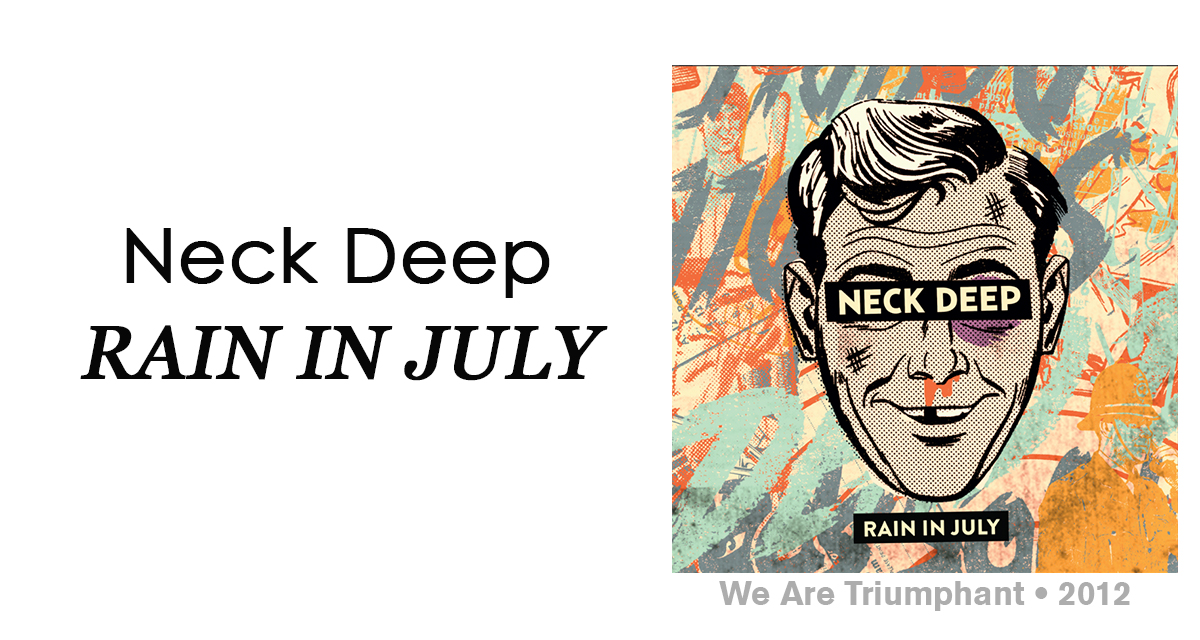 This week we’ve decided to take a look at Welsh pop-punk luminaries Neck Deep and their debut EP “Rain in July.” For this review, we’ll be employing our brand new metric for musical effectiveness: how well the song can be covered by the average high school marching band. With that in mind, let’s take a listen!

Kicking off with the aptly titled “Kick It”, we have an instant knock against it, as it starts with a “Back To The Future” sample which is notoriously hard to replicate with wind instruments while in formation. Not that I haven’t seen it done, but you better believe me when I say that instance was with some damn fine flugelhorn players…I’m talking top-tier. Regionals ready.

Next song “Silver Lining” might be tough too. This one is gonna be pretty tough on the ol’ drumline. Better hope your rototom guys have it in them to get these fills correct. A good one to get the team going, though: it’ll have the crowd asking John Philip WHO-sa?

Speaking of questions, we’ll move on to another game day ripper “What Did You Expect?” Folks, picturing these beautiful, earnest lyrics converted into the various root-toot-tooting of horns has tears welling up in my eyes. We’d better hope the sousaphones have their parts memorized, because they’re not going to be able to see any sheet music through their weeping.

This brings us to “Over and Over” which I’ll respectfully skip, as the crowd would be ignoring the marching band at this point to get the wave started. No shame in that; you simply gotta respect the bonding power of the wave.

Though I’d envy the ninth-grade girl who got to solo the piccolo part representing Laura Whiteside’s harmony vocals on “A Part of Me”, we’ve gotta give a disqualification to this song. There’s piano on this track, and have you ever tried marching with one of those? Good way to throw your back out at age 15 and then deal with that injury for the rest of your life. No thanks!

The final two tracks are totally doable, and if done in tandem with the choreographed comedic romping of the costumed mascot (I’m picturing some kind of “fightin’ oyster”) it could really be a thing of beauty. Go team go…this July game won’t be called on account of rain.

Score: 4/4 time signature, but watch the drum majors for the tempo