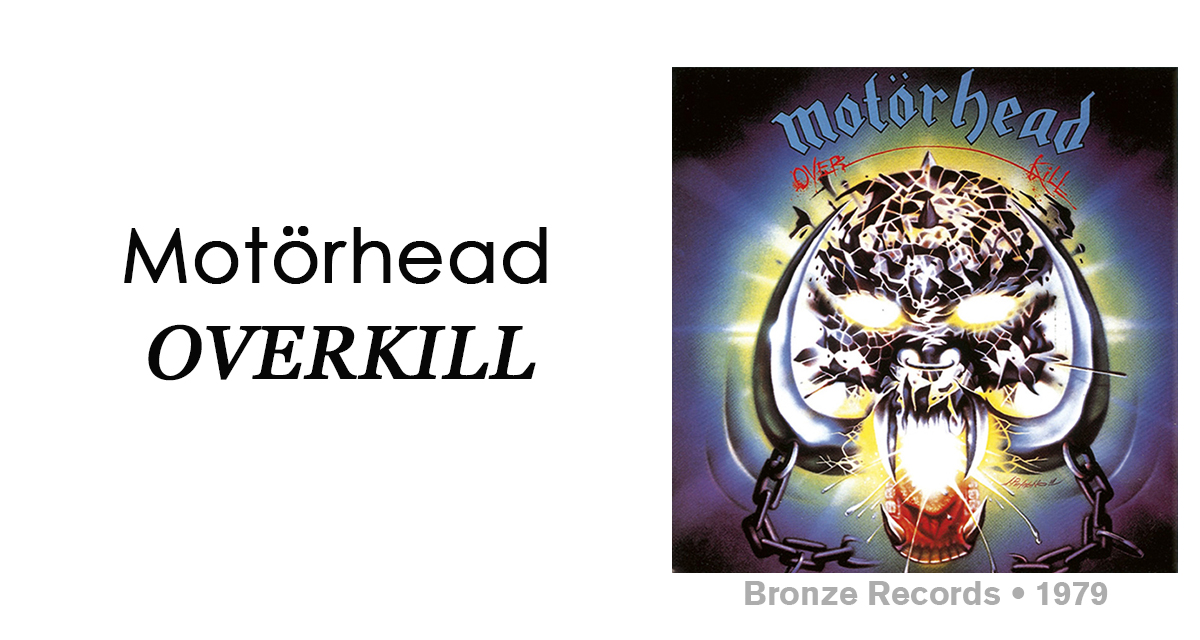 Every Sunday we pick a classic album from our giant record collection and give it an honest review. This week we take a look at Motörhead’s second studio album “Overkill.”

When my editor posted the choices for reviews this week, I had to immediately jump at the chance to revisit “Overkill,” widely considered to be what cemented their place in metal history. And also because the title track has haunted me in my dreams, literally, since its release in 1979.

I am not exaggerating here. I woke up in a cold sweat from a dead, dreamless sleep at exactly 6:06 am on March 24th, 1979, with “Overkill” rattling around my skull at a truly ear-splitting volume. But Colleen, you may say, isn’t that the day that the album came out? Yes. Yes it is. How could I have possibly known how the song would sound without having heard it? I have no fucking idea. But god, what I wouldn’t give to forget that opening drum riff.

It is relentless. Every waking minute of every waking day. And look, I like Motörhead as much as the next old guy, but couldn’t my eternal curse have been something a little more palatable? It’s a good song, don’t get me wrong. But Jesus fucking Christ, dude, Lemmy’s voice gets old after a full album, not to mention 43 years of round-the-clock torment.

I would give literally anything to escape this. I’ve tried it all, too; Western medicine, Eastern medicine, listening to other music, getting a lobotomy. Well, I tried a lobotomy, but they drilled through the part of my brain that houses feelings of love, joy, and acceptance instead of the part that understands music. That was kind of a bummer. But I’m not done searching for a solution yet!

I actually am considering seeing an occult practitioner I found on the internet to cleanse my spirit. She said that for a down payment of $1299.99 she’d be able to fully banish whatever evil entity has attached itself to my aura in the form of early thrash, and that after a few sessions, my hearing might come back, too!

Did I mention I voluntarily deafened myself using a highly unregulated and very illegal surgery sometime around 1998? Obviously, this didn’t work. Bonus, though, I’ve never had to hear a single Taylor Swift song in my entire life.

Anyway, I’m off to go empty my bank account. This healer in Panama needs funds upfront to get her chakras aligned.