Review: Motion City Soundtrack “I Am the Movie” 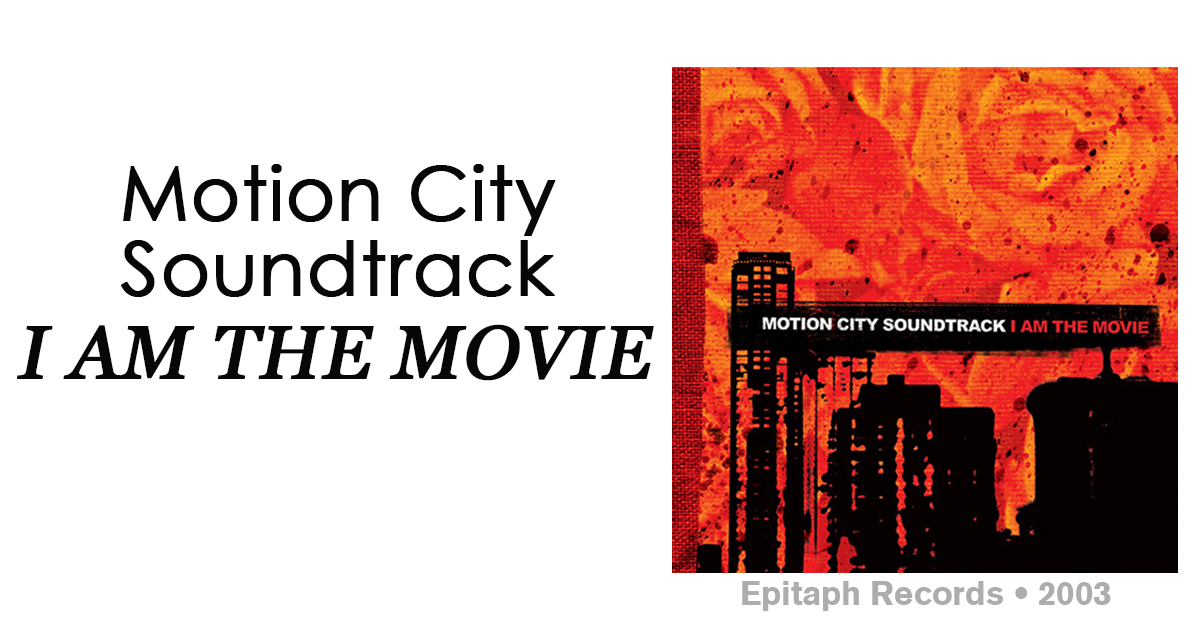 Each Sunday, The Hard Times travels back in time and reviews a notable album from the past. This week we tackle “I Am the Movie” the 2003 debut album from emo mainstays Motion City Soundtrack.

I’ll start from the beginning, with the first song I ever heard by Motion City Soundtrack. It’s easily the standout single from “I Am the Movie,” an anxious, poppy banger titled “The Future Freaks Me Out.” This track has become a highlight at MCS concerts, often the encore is sung in part by the audience. That is pretty impressive considering the lyrics are so dense and syncopated that I didn’t actually know what the fuck Justin Pierre was saying until roughly fifteen minutes ago when I finally decided to find out what he was actually saying.

As I explored the rest of the album I kept coming back to how much I like that one song “The Future Freaks Me Out.” The music video is actually a take on the Wes Anderson breakout Rushmore, which is kind of weird considering that the whole movie is about a high schooler high-key stalking his adult teacher? Regardless, the song slaps, and I guess it is fitting that an emo band is a little too into narratives involving wildly age-inappropriate relationships. One can’t help but wonder if the Betty spoken of is actually some girl that had the bad luck to be a teenager in Minneapolis in the early 2000s.

I’d like to touch on an often overlooked track from “I Am the Movie,” called “The Future Freaks Me Out.” Though not on my highly-tuned hit radar at first, this fun little song quickly became a favorite of mine, mostly because it was a pre-loaded track on my first MP3 player when I was in 7th grade. “The Future Freaks Me Out” is, to this day, a perfect time capsule of what it felt like to be thirteen with limited access to the internet to look up the lyrics, and instead just kind of mumble along phonetically for the next 17 years. What a stellar way for Motion City Soundtrack to start their long and illustrious career!

Verdict: 1/1 songs I know from this album