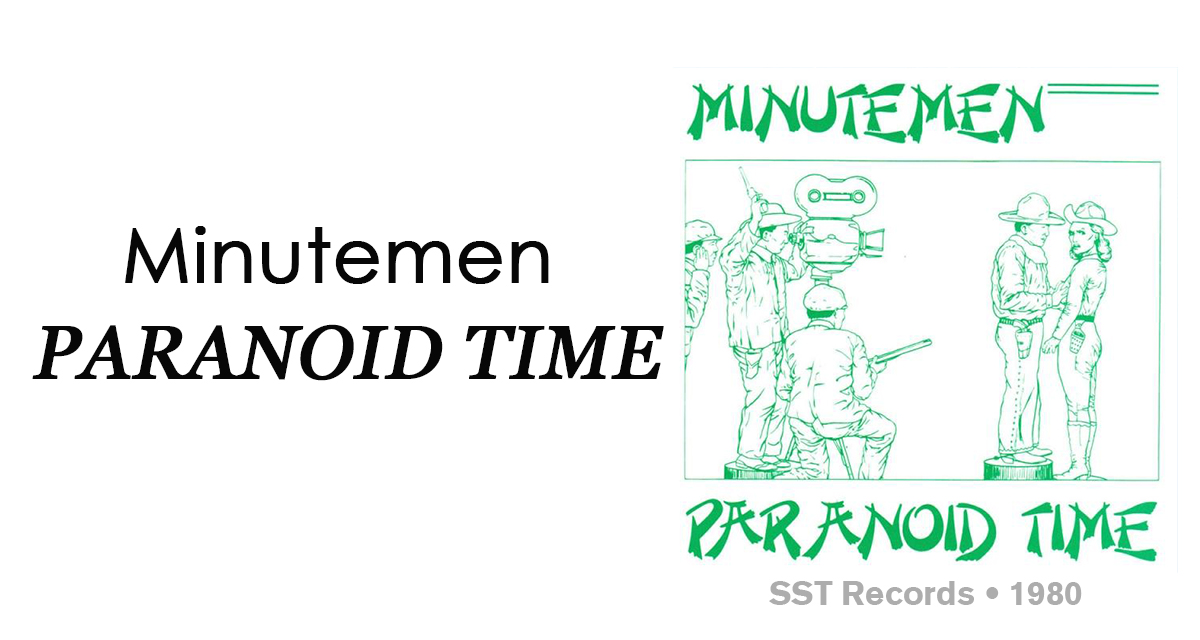 Each Sunday, The Hard Times travels back and reviews a notable album from the past. This week we take a trip to beautiful San Pedro, California and look back on Minutemen’s 1980 EP “Paranoid Time.”

“Paranoid Time” is the first EP by American punk band Minutemen and if we’re being completely honest, it’s arguably one of the most timeless albums in the history of the genre. What I mean by that is it could have come out in 1947 at the start of the cold war or in 2016 when Donald Trump was elected president. The lyrical content coupled with the chaotic non-conformity of the music sounds exactly like the paranoid ramblings of evergreen uncles American families have known and worried about for generations.

You know that uncle in the family who is terrified of Russia? The same one who is skeptical of politicians? I’m talking about the one who kind of ruined your eighth birthday party by going on a rant about how birthdays were invented by capitalist pigs who wanted to build a culture around selling cake and ice cream by exploiting the narcissistic need humans have to celebrate simply not dying? That’s the energy of this record. It’s a little weird and off-putting at first but when you really give it an honest listen, you begin to understand.

Who am I to argue with the man? He’s been on this earth way longer than most people. Not to mention, he’s in ridiculously good shape. How many eighty-three-year-old dudes do you see doing chin-ups on street corners? He’s also been vegan for like fifty years. Way before it was fashionable. It’s not because he cares about animals or the environment or anything. He just thinks that food he doesn’t personally grow and cook himself was planted as part of a government conspiracy to make people seven inches shorter than nature intended.

Ultimately what I’m trying to say is that this guy is fucking out of his mind and seemed like he would kick my ass if I didn’t sit in his studio apartment with him to review this EP. Lucky for me, he’s afraid the camera on my laptop will steal his soul so he hasn’t been able to pay close attention to what I’m writing. I’m at the Riverside Terrace Apartment Complex. Please send help.