Review: Megadeth “Killing Is My Business …And Business is Good!” 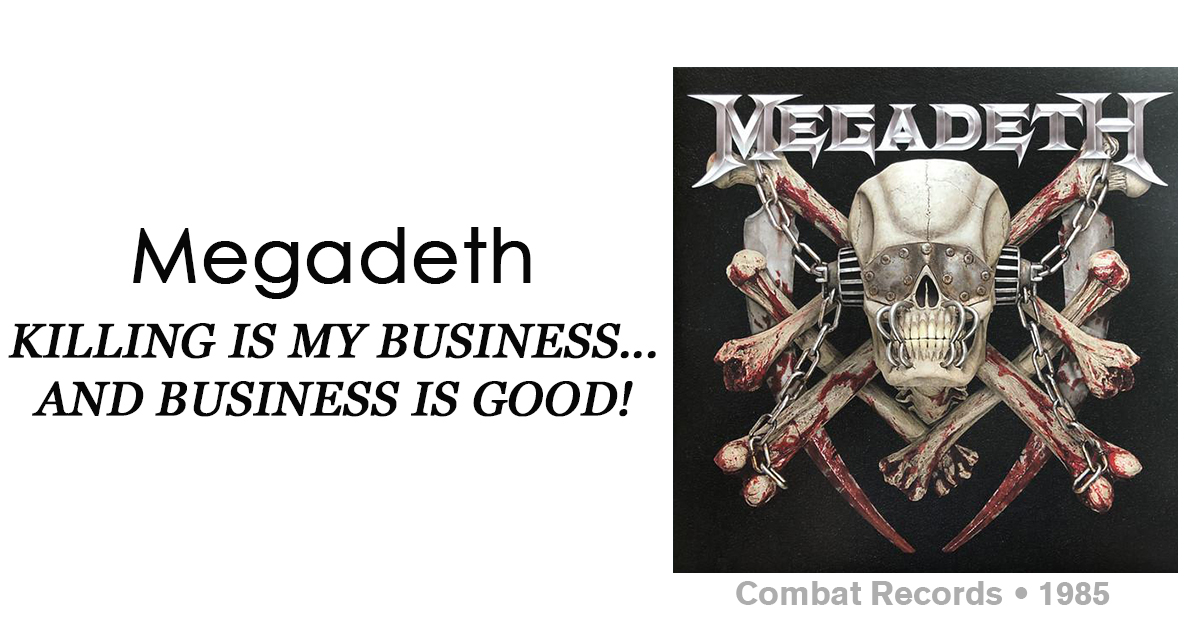 Every Sunday, The Hard Times revisits notable albums from the past. This week, we tackle Megadeth’s “Killing Is My Business… and Business Is Good!” which has stood as the de facto soundtrack to getting kicked out of things for almost 40 years.

Metallica’s Dave Mustaine probably thought he had it all. He was in the hottest underground metal band in Los Angeles. He had flowing locks of vibrant orange hair. And he played a V-shaped guitar. What more could a guy ask for? No, please tell me, because I’m trying and can’t think of anything more I want out of life at all.

Anyways, the one thing he lacked was the ability to not be a drunk asshole. Lars & Jim kicked out Dave, leaving him to start his own thrash metal behemoth Megadeth. (His former bandmates were so callous that they didn’t even bother to point out his embarrassing misspelling of “death.”)

Megadeth’s debut album starts with “Last Rites,” a beautiful piano prelude that represents the few minutes of calm before you get kicked out of something. Sure, you just broke your brother-in-law’s adjustable standing desk during your niece’s 2nd birthday party. But they’re not going to make you leave, are they?

Yes they are, and the absolute thrasher “Loved to Death” confirms this fact. It also confirms that when he really tries, Mustaine can spell “death” correctly. “These Boots” is a cover of the classic country tune, written from the perspective of boots literally kicking your ass as they eject you from a Star Wars-themed bar for constantly making the Star Trek “Live long and prosper” hand sign.

“Looking Down the Cross” serves as a reminder that even Our Lord and Savior Jesus Christ was kicked out of life, so to speak. But he came back uninvited three days later, and so should you. Preferably to album closer “Mechanix” blasting from your GTO while you do it.

Now, some of you may contend that Semisonic’s “Closing Time” is the one true soundtrack of being asked to leave. But there is a key difference. “Closing Time” is a polite reminder that, by no fault of your own, this establishment is closing. “Killing Is My Business” is the sound of being physically ejected from a group of friends, band, or place, DJ Jazzy Jeff/Uncle Phil style. And it fucking rips.

Score: 5 out of 5 Restraining Orders