Review: Killing Joke “Hosannas From the Basements of Hell” 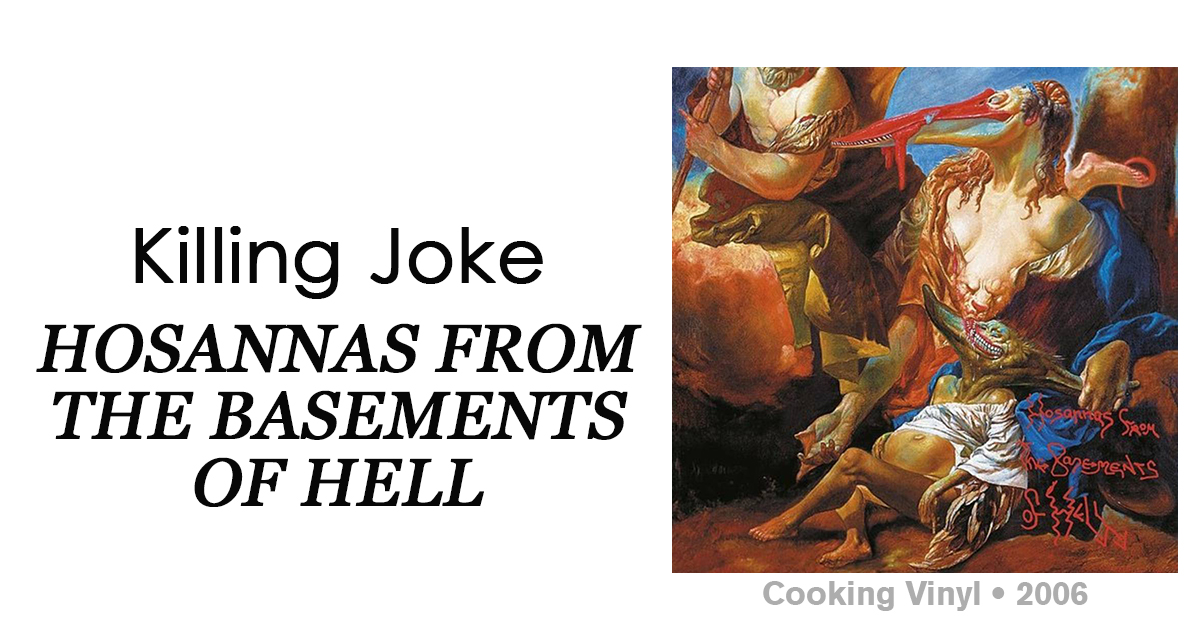 Each week The Hard Times looks back on a notable album from punk history. This week we took a look at Killing Joke’s 2006 aural sledgehammer “Hosannas From the Basements of Hell”…(sigh) but unfortunately, that’s not all we’re reviewing today.

I suppose I should come clean at the beginning of this review that, in an effort to supplement my (already supplemental) income from the Hard Times, I’ve taken on another review assignment from lawncare blog The Yard Times to give my thoughts on the “Duke #16 Offset Bear Trap” on the same deadline. It really shouldn’t matter, as the two reviews shouldn’t get in the way of one another, but I just thought I’d mention it in the spirit of full disclosure. Anyway- Let’s rock!

“Lift up your spirits!” Jaz Coleman triumphantly bellows to kick off KJ’s twelfth studio alb-aaaaaand I’ve stepped in the beartrap. Ow ow OWWWWWWW…Ok ok, uh… Drat, uh, oh gosh that really REALLY smarts. Dear LORD the gip on the pain is, god, it’s tremendous. Um, not unlike the tremendous 27-year history the band had experienced up to Hosanna’s release. Speaking of: Hooooooooooo-SANNA, my leg really hurts.

Oh, and um, the next song rips too. Title track, I believe…gah, my vision is getting blurry…Uh, yeah so, it rips, like I said. Almost exactly like an ankle bone might rip from beneath one’s skin…aaaaHHHHHHHH I looked at it. I shouldn’t have looked at it. Ok, moving on.

Alright, difficult for me to tell how the next few songs are because, in a brutal twist of irony, a bear lumbered into my yard and swiped my earbuds. The bear seemed to be bobbing its head in a vaguely head-banging fashion, though so I suppose that indicates it’s still kicking ass. I was honestly more preoccupied with debating whether I should start gnawing my foot off, to free myself. I attempted a couple times, but winced and chickened out. It seemed to amuse the bear though. Anyone else getting woozy?

Anyhow, after that everything went pretty hazy and I woke up a couple days later lying in a heap in my backyard, with my neighbor yelling “Holy Moses, is that a bear trap?” from over the fence.

Score: Unconfirmed, as we couldn’t reach the bear for comment. He listened to most of it. (But I’m not sharing the $30)