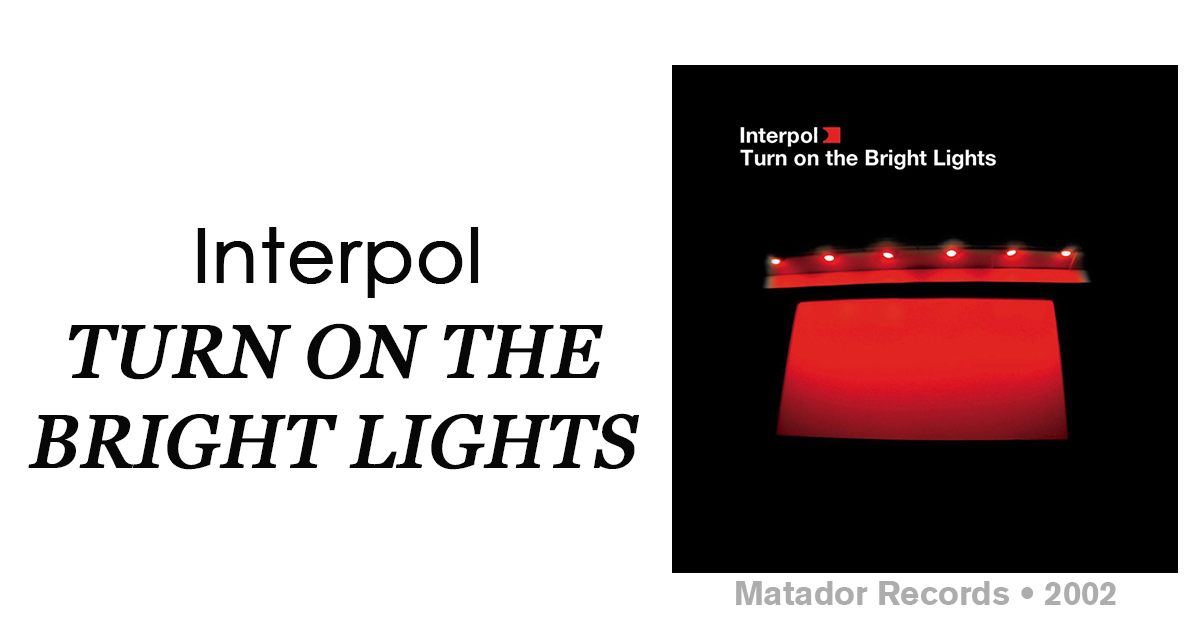 Each Sunday, The Hard Times travels back and reviews a notable album from the past. This week we look back on the breakout 2002 album “Turn on the Bright Lights” from NYC-based indie band, Interpol.

The first time I heard an Interpol song was while I was doing what I spent a regrettable two dozen years of my life doing: pretending to be interested in whatever the men around me were into in an effort to smoke weed for free. I was watching what was likely the sixth consecutive hour of skate videos when I heard it — bizarre, somewhat-twangy strumming accompanied by what may or may not be a keyboard being played underwater.

Brian Anderson skating to “Obstacle 1” snapped me out of my early-2000’s brick weed-induced stupor for a moment, but it would be years before I learned who wrote that song, in part because the internet wasn’t what it is today, and in another part, because my only access to that internet was in 50-minute increments on the free computers at my hometown library, which is just barely enough time to get through most of the missed connections on Craigslist.

When I finally learned that the album is Interpol’s “Turn on the Bright Lights,” I headed straight to Limewire to illegally download a copy, in six parts. Listening to the album took me right back to 2003, mostly because it basically sounds like what it would feel like to be in a black and white photograph taken on a disposable camera. It made me think about how different me and my friends’ lives are today than they were almost 20 years ago, and wonder how in the fuck so many of them tricked completely functional women into marrying them.

I am happy for them, but not really. I am going to die alone.

Anyway, the album does a great job peppering in dreamy songs with faster songs, all of which make me feel compelled to throw on a sweater and journal or make tiny ornaments out of clay. As I know for certain that’s exactly what so many bands aim for when writing an album, I’d say that Interpol really hit the mark with this one, and I should have no less than three dozen kinky gnomes ready to ship three weeks before Christmas. Find me on Etsy for more info.

Score: 5/5 hits off a glass bowl in Scott Patrillo’s living room in 2003. Try and beat that, The Strokes.