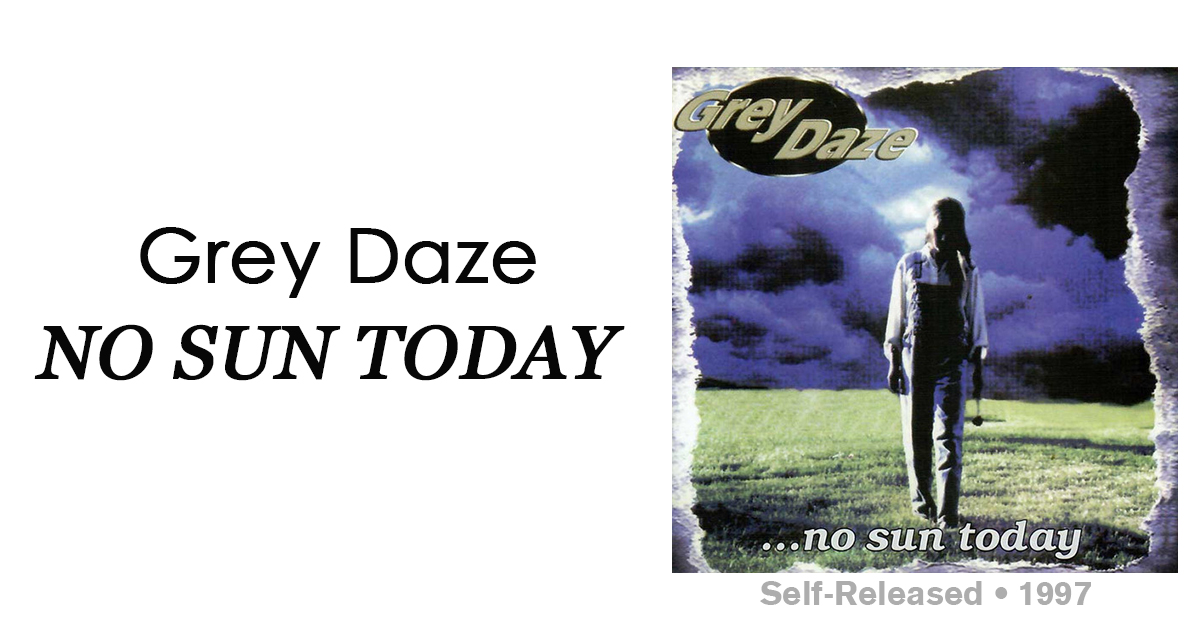 Every Sunday we go back in time to review a notable record from the past. This week we focus on Chester Bennington’s band Grey Daze and their album “No Sun Today.”

I wanted to do a proper review of the final Grey Daze release in 1997, right down to the location and manner in which I listened. So naturally, I went back in time to November 1997 (Easy enough. My apartment complex has a time machine, in lieu of a pool and on-site laundry) and made my way to the Buckland Hills Mall FYE, the local CD store of my youth, to hear it on the complimentary listening stations: the way the album was meant to be heard.

Unfortunately, my plan got derailed pretty quickly when I realized how much gasoline the twenty-nine dollars in my pocket could get me in “1997” money. This was an opportunity I couldn’t pass up, naturally. However, that meant the security guards at the mall were pretty suspicious of me, what with the giant industrial drums I was trying to lug into the record store. Luckily I was able to create a diversion by lamenting the then-recent passing of John Denver. We all shared a cry and a chorus or two of “Rocky Mountain High,” and I was able to slink in, gas and all.

After securing a listening station between two respective slackers laughing at Jerky Boys albums (ah, the 90’s!) I noticed a throng of people making fun of a pudgy 9-year-old, who funnily enough was wearing an ill-fitting Animaniacs shirt that I had when I was nine. His peanut butter-smudged fingers were clutching a copy of the “Muppet Treasure Island” soundtrack, a favorite album of my very own in my youth, and looking around for his mom or dad to plead for a copy…I knew right then and there: I had to join in with the throng and make fun of this lame-ass elementary schooler. I popped off a couple of killer riffs, especially on his bowl cut which I’ll bet hit him particularly hard, since I know I didn’t like it when folks made fun of MY bowl cut when I was his age. Anyhow, back to the album…

Just as I was going to put the headphones back on, a guy burst into the FYE screaming “It’s done it! Supercomputer Deep Blue has defeated Chess Champion Gerry Kasparov!” Well, needless to say, the place went nuts. Champagne corks popping, fireworks going off…Manchester Connecticut is a Deep Blue town, sometimes you forget these things! At first, I said, “wait…it’s November, didn’t that happen months ago?” And a crowd of people started booing me. To save face, I yanked out the headphone jack, cranked up “No Sun Today” as loud as it could go, and joined the revelry. It was an afternoon that would go down in Buckland Hills history!