Review: Fu Manchu “No One Rides for Free” 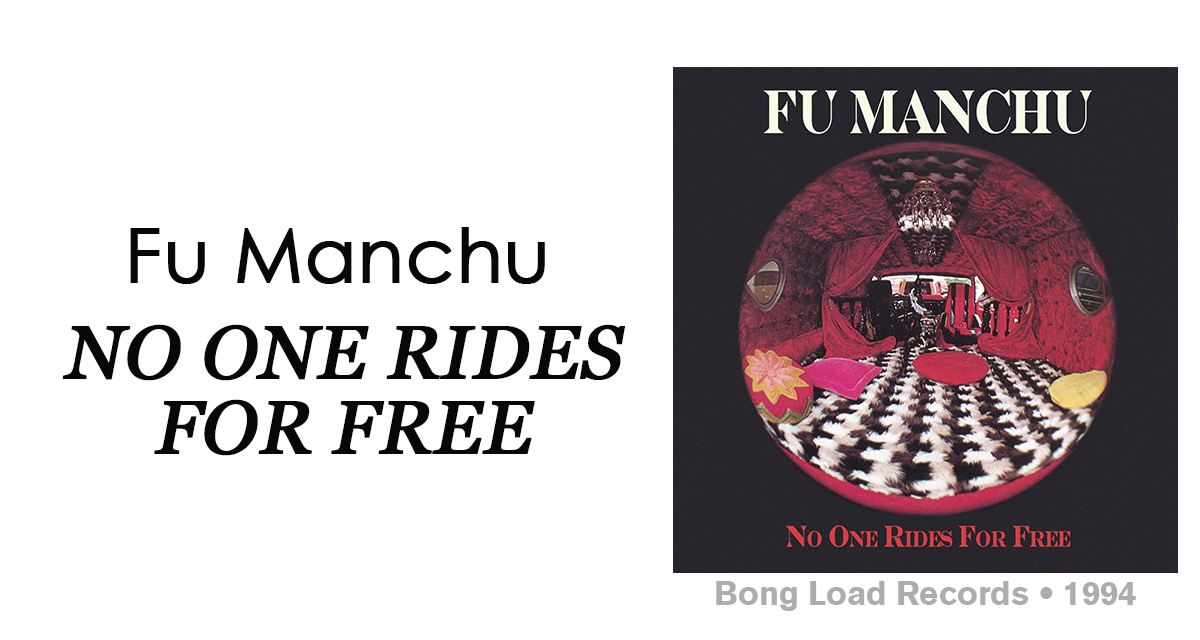 Each Sunday, The Hard Times travels back and reviews a notable album from the past. This week we’re taking a look at Fu Manchu’s debut album “No One Rides for Free.”

Ah, the mid-90s. Clinton was President, the economy was soaring, and the world didn’t know that Bill Cosby was a literal sexual predator. It was a simpler time. A better time. A time when stoner rock outfit Fu Manchu was about to drop their debut album “No One Rides For Free,” a groovacious, crunchy ode to drag racing and muscle cars that, for some reason, I’m reviewing, which is ironic considering I haven’t had a valid driver’s license since 2002.

It’s not my fault, frankly. I was like, 16, okay, and my only driving lessons had come from my boyfriend at the time who is now in jail for unrelated offenses. Yeah, I took driver’s education, but I’ll be honest–I spent pretty much every class convincing the teacher that I had driven last week, so it was someone else’s turn. So you can see that obviously I was just really not super practiced, right? And not that the accident was malicious or even negligent?

There was LITERALLY no way I could have seen that convoy of Harleys coming, or even heard them, for that matter. I was listening to this exact album, weirdly enough, and like, is it a fucking crime to crank some tunes while taking a joy ride around the neighborhood? Since when do we punish teenagers for wanting to listen to loud music? This is ageism, loud and clear.

Louder than those pipes, at least.

And sure, fine, two of those guys are paralyzed from the waist down now, but look on the bright side! At least they aren’t dead! That whole ordeal could have gone way worse for them, to be honest. It could have been like, little kids who were behind the handlebars instead of grizzled old dudes wearing leather durags to hide their receding hairlines. That would have been a thousand times more fucked up.

Anyway, my court hearing is next week to get my license reinstated after two decades of fighting the legal system and maybe getting it back once or twice and then promptly losing it again. Don’t worry about that. But I’m kind of counting on shit going well this time because my new boyfriend who has never been to jail lives out in California and he’s really pushing for us to meet up in person and move in together, so I’ll need to be able to legally drive to get out West.