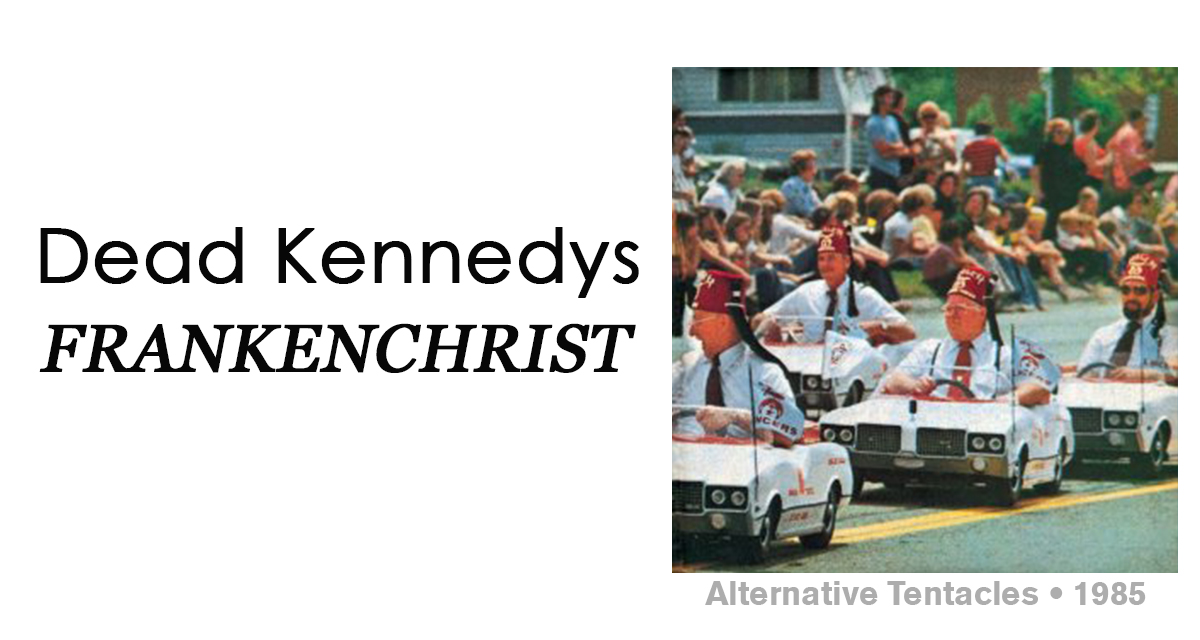 Each Sunday, The Hard Times travels back and reviews a notable album from the past. This week we look back on the 1985 album that landed the Dead Kennedys in a courtroom defending themselves against an obscenity charge, “Frankenchrist.”

In a post-Trump America where our Democracy can once again fall apart in silence without liberals caring enough to make a huge stink about it, I’ve been taking the time to revisit albums that remind me of the dark underbelly that continues to thrive at the core of this country. Music that reminds us of people like the random guy I saw rocking a ‘The ‘South Will Rise Again’ hat at a Sheetz near Roanoke, VA who unapologetically sneezed in his hands before touching all the different soda lids.

“Frankenchrist” is a classic punk rock album that does an excellent job of detailing the state of mainstream America back in the thick of the 80s through excellent songwriting and production. A state not much different than that of today with songs like “This Could Be Anywhere” detailing common themes from the middle of the country that most of us might recognize. Such as the friend whose dad worships the police yet stockpiles a criminal amount of weapons just in case they ever come for him. I mean, if you’ve never had your friend’s dad pull out at least six guns to show you every time you came over then do you even live in America?

I’m not even joking. This guy would pull out some of the craziest stuff I’ve ever seen. Double barrel handguns, automatic rifles, multiple grenade launchers, you name it. His basement looked like a military bunker and he was not shy about showing it off. This one time, during my buddy’s 15th birthday party his dad showed up wasted and thought it’d be funny to shoot the flames off the candles. It was pretty terrifying and he actually ended up accidentally shooting the family dog. The only reason he wasn’t arrested was because his best friend was the sheriff.

I don’t really keep up with that friend too much these days but I did see a photo of his dad on a recent FBI wanted poster for his involvement in the January 6th Insurrection. Some things just never change and “Frankenchrist,” an album released almost thirty years ago, is a stark reminder of that truth.

SCORE: All in all, the art rules and the songs kick major ass. I’m going to give this record a full six out of six rounds in the chamber.