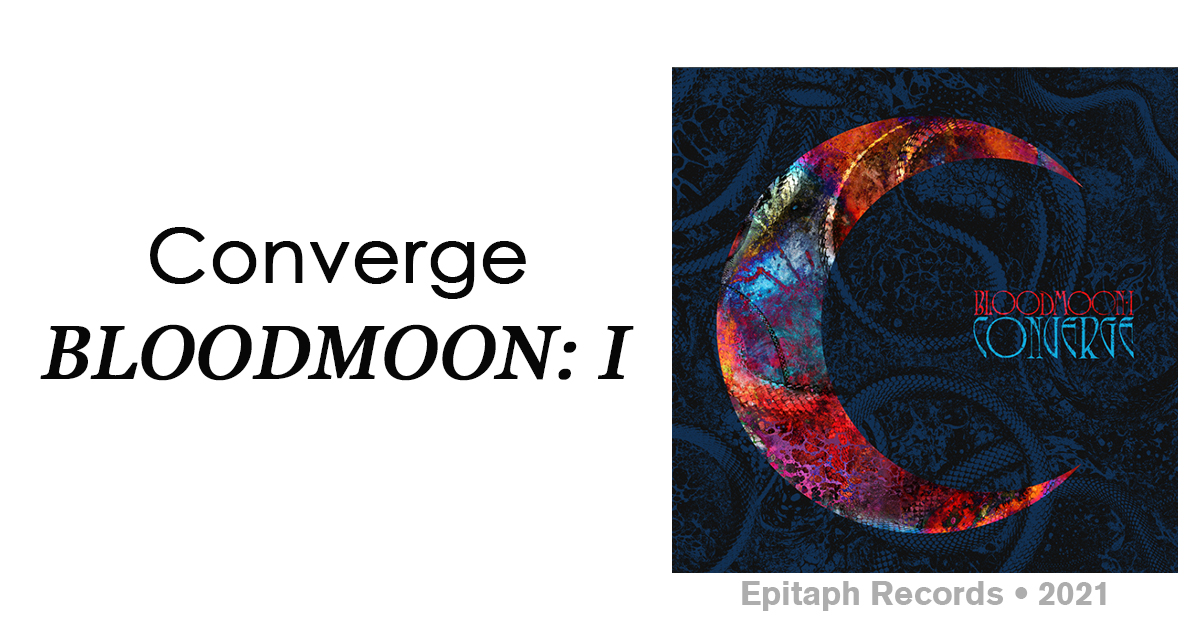 Each week, The Hard Times takes some time out of its busy schedule of eating chips and dropping pretzels to review an album. This week, we’ll take a look at the reason why I’ve been acting so out of control and emotional this week, which happens to be the same name as the album “Bloodmoon: I,” by the genre-bending hardcore legends Converge in collaboration with Chelsea Wolfe.

I like to think of myself as an incredibly rational person with a reasonable head on her shoulders, because it is true, and also because I just like to think of myself as often as possible. So you can imagine my surprise when I attempted to break up with my boyfriend and quit my job and move to Utah three times, just this week. Something must be up, and that thing has to be not in any way related to me or my choices.

As with any problem I’m not willing to take responsibility for, I immediately looked to the stars for my answer. However, as I know nothing about the night sky, and am deathly afraid of becoming exposed to fresh air for any amount of time, I took my search to Google, where I learned we are under the spell of a Blood Moon. Of all the moons, this one is by far the scariest, not only for its name, but because it has its own songs (which are also not very helpful in creating a relaxing environment.) I’m not sure if the names of the symptoms listed here are some old-timey medical jargon back from when they used to nurse babies to sleep with an ear candle filled with heroin, but it looks like a “Scorpion’s Sting” is common during this time, as well as “Tongues Playing Dead,” which is apparently what my boyfriend suffers from any time it’s his turn to “dirty the sheets,” if you will.

Excuse me? What do you mean, “what day is it?” And furthermore, what else do you mean by “the potpourri that’s out at my mom’s house isn’t super dry gum?”

If you’re asking me whether the reason why I’ve been crying whenever I pass a calendar with dogs on it and have also been really craving both sweet and salty snacks might be the same reason I’ve cried when I pass dog calendars and crave sweet and salty snacks once a month for the last 24 years, then all I have to say to that is how fucking dare you? What are you, a fucking doctor or something? Men are trash.

I’m sorry. I don’t know why I’m like this. Will you pick up some Milk Duds if you’re going to the store?

SCORE: ZERO out of however many stars for its lack of conclusive information and also for making my boobs weirdly sore for no reason.