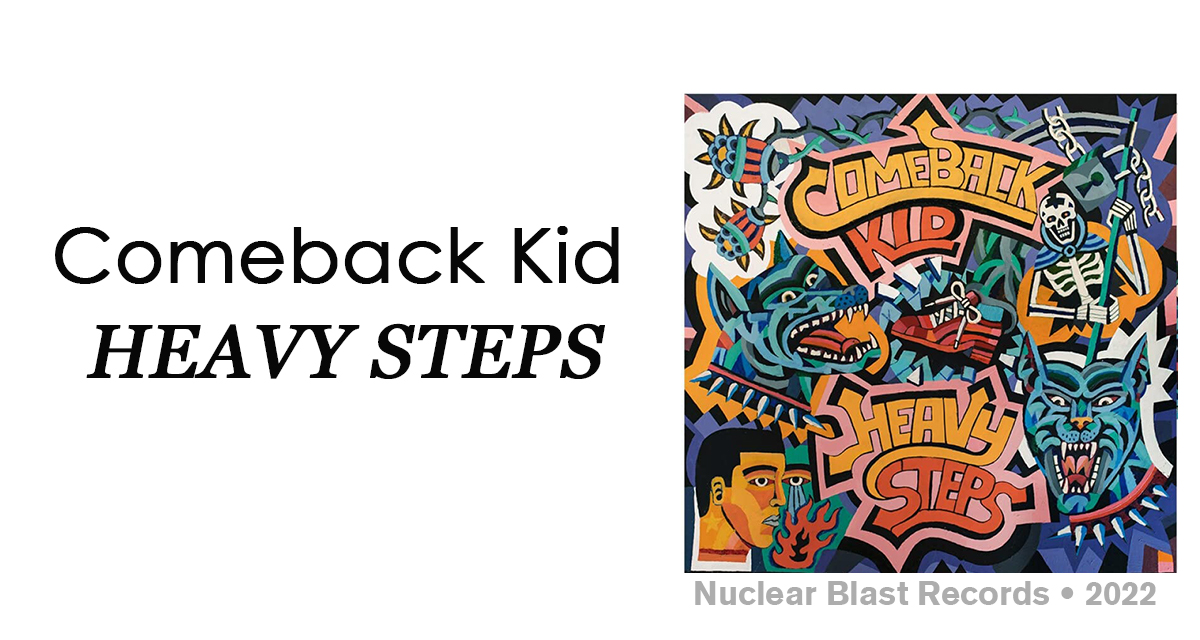 After almost two decades of helping to shape and define Hardcore music in Canada, as well as the rest of the world, Winnipeg’s Hardcore Pioneers, Comeback Kid, are back with their seventh full-length record “Heavy Steps” featuring eleven brand new tracks that are sure to have you asking “why the hell haven’t I ever been to Canada?”

This is a completely understandable question to ask because I have absolutely no good excuse for never visiting our neighbors up north. Well, let me clarify. I have been to Canada once but it wasn’t planned. My flight to Europe had to make an emergency landing somewhere over there and I don’t know exactly where because the airport was completely abandoned. Not exactly sure why we had to land or what we did there but I vividly remember the location seeming eerily similar to the one from that movie The Langoliers.

If you’re not familiar with this film, it’s a made for TV movie that came out in 1995 and is based on a Stephen King book where a plane flies through a time rift, makes an emergency landing at an abandoned airport in Maine (close enough to Canada) where the remaining passengers and crew are terrorized by flying monsters. It wasn’t the most memorable movie, nor was it even really that good. I mean those CGI monsters straight up looked like shit. Nonetheless, this airport in Canada looked exactly like the setting of that movie and I could not shake the feeling that some poorly constructed mother fuckers were going to come flying out of the nearby forest to kill us all.

I guess on some weird psychological level, that could be why I haven’t made plans to return to the country. Maybe somewhere in the back of my mind I’m terrified of going back to Canada because I subconsciously believe I survived once and I might not survive again. I know it’s irrational but who hasn’t had their brain plagued by irrational thoughts and fears?

My point is, I don’t actually know shit about Canada and if this record is any reflection of the massive, diverse country, then it’s definitely worth checking out. Regardless of what horse shit ABC family TV movie might have you believe.

SCORE: Five out of Five orders of Poutine.