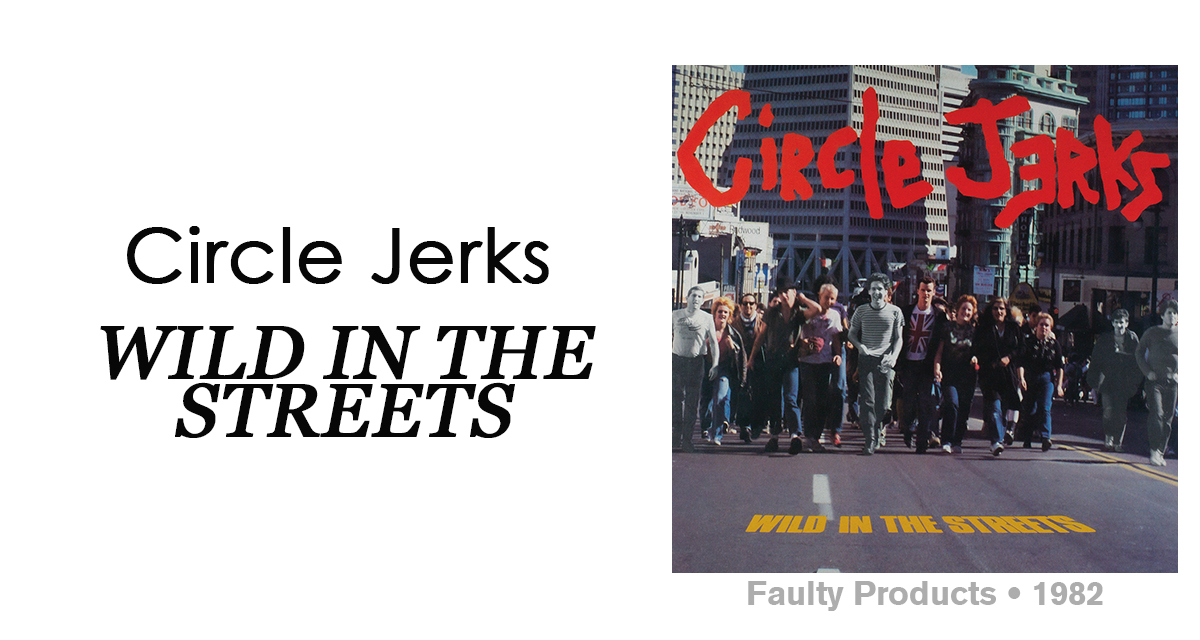 Each Sunday, The Hard Times travels back and reviews a notable album from the past. This week we’re taking a look at “Wild In The Streets,” the second full-length studio album from Southern California punk legends Circle Jerks.

This may be the band’s most recognizable album due to the widespread popularity of the title track making appearances in everything from skate videos to video games to television commercials. The album turns forty years old this year and the band has been touring the country to commemorate the milestone. I love this album so I didn’t wanna miss them when they came to town but tickets weren’t easy to find. I searched everywhere for days and wasn’t having luck.

That was until I saw a post on craigslist that read “Cum w me 2 Circle Jerks.” I contacted the poster asking how much they wanted for a ticket and they said they didn’t want anything and gave me instructions on where to meet them. That’s where things got confusing. The day of the show arrived but for some reason, I had to meet them at some building on the opposite side of town from the venue. When I got there I was met by a man in all leather. I assumed it was just some punk get-up for the show.

He asked “are you the Circle Jerk guy?” and I assured him I was. Next thing I know I’m being led upstairs to a room where there were a couple of other guys in leather sitting in a circle. I thought maybe this was where everyone was meeting up to pregame before the show or something. Before I knew it everyone in the room was pulling their dicks out and jerking off the guy next to them. It was then that I realized there was a miscommunication and I wasn’t going to be watching one of my favorite bands play their seminal record.

So, I may have missed the show but I did make some new friends and they even let me play the record while everybody was cranking away. They loved it.