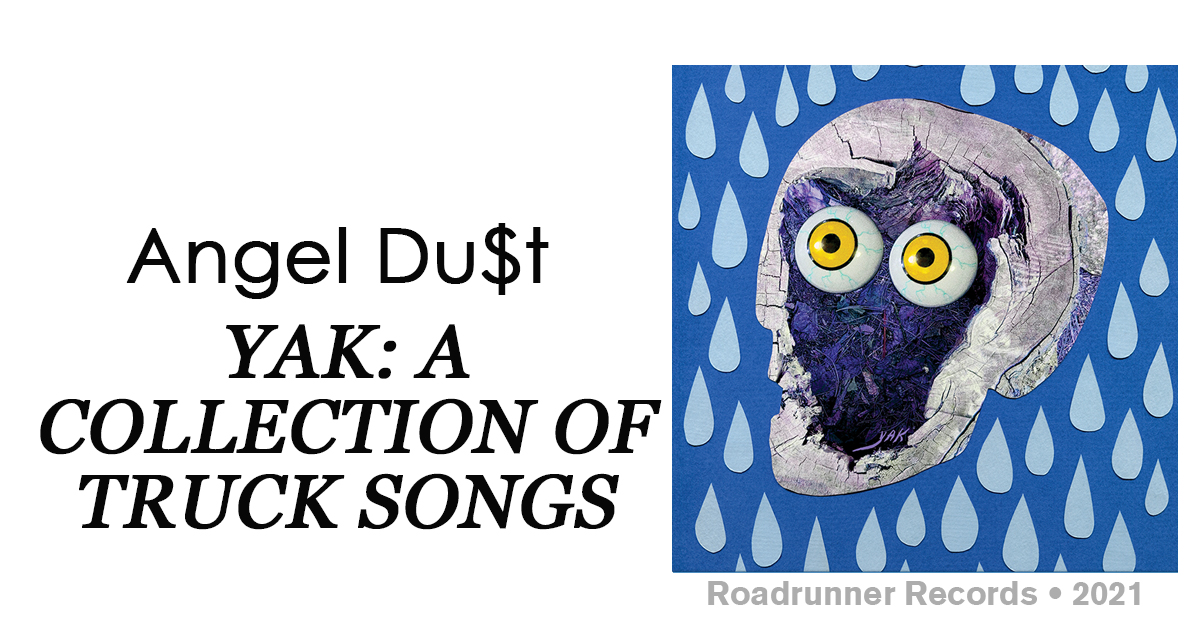 Angel Du$t, Baltimore’s constantly morphing indie-pop group featuring members of Turnstile and Trapped Under Ice, are back at it with their fourth LP, YAK: A Collection of Truck Songs.

I’ve never been the biggest pop music fan but Angel Du$t is undeniably fun and just as addictive as the name might suggest. Although, I wouldn’t compare listening to this record to actually trying PCP. Believe me, it’s not the same at all. I should know because I smoked some just to see if it would bring me the same amount of joy as this record. It didn’t. Not even close.

First of all, do you know how easy it is to find PCP? It’s literally like the Starbucks of drugs because there’s someone selling on almost every block. Sometimes there are even multiple dealers on the same block. Anyways, I found some, sprinkled the entire contents of the baggie out in a peanut butter and jelly sandwich, and scarfed it down.

About an hour later I began to feel consumed by this overwhelming sensation. I felt stronger, faster, sharper, everything you’d imagine to feel if you had just acquired superpowers. That’s when my memory gets a little fuzzy. I remember going out for a run and thinking “it’s hot,” before removing all my clothes. Not long after that I was being harassed by these blue demons with little mouths where their eyes should be. They were accompanied by these big white slugs with flashing lights.

Fearing for my life and the safety of the people screaming all around me, I decided to use my newfound powers for good and chose to protect my fellow citizens by bashing in the faces of these demons against their flashy slugs. Pretty sure I even flipped one of those giant beasts over on my own. After that I just remember waking up in a hospital, handcuffed to the bed with a fractured jaw, where a doctor informed me that the PCP I took had sent me into a psychotic rage and I was being charged with two counts of attempted murder on a police officer, destruction of property and indecent exposure. I’m still in the county jail now awaiting my court date.

Score: 5 stars for the album and 1 star for the drugs. I’d give the drugs 0 stars if I could, but damn I felt strong.