We Need to Stop Dismissing the Elderly. They Might Have Been Super Hot When They Were Younger 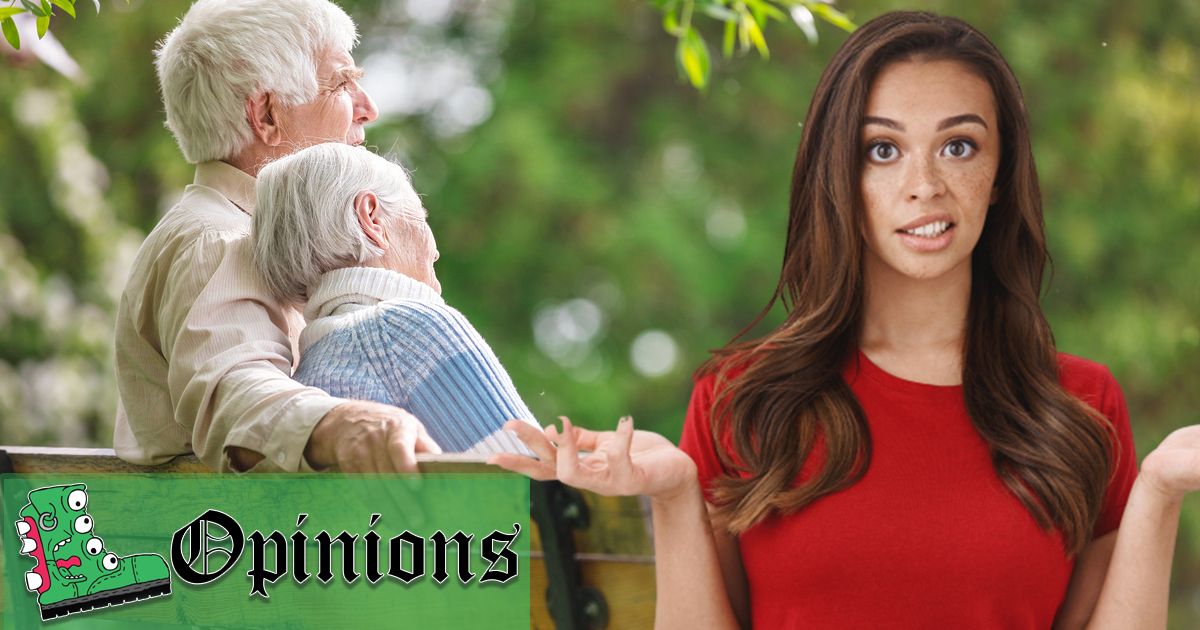 There is a real problem in this country, and no, I’m not talking about peanut oil. I’m talking about the way we treat old people. The way we, as a society, constantly make fun of them for being bad drivers who shit their pants and suck at technology just makes me sick, and it needs to end now.

If you ask me, we need to stop being so dismissive of the elderly. Because who knows, they might have been super hot when they were younger.

I already know what you’re thinking, “But old people are so stupid, I hate them and I’m not going to hide it.”

One the one hand, I hear you, but do you really want to risk being a dick to some old lady who might have been way out of your league when she was your age? I wouldn’t.

And I’m always hearing people complain about how the elderly tell long, boring stories about war and stuff. But honestly, how many dinners have you sat through listening to some hot idiot talk out of his ass about nothing until it was finally time to go back to his studio apartment and have him bust in your hair after thirty lame seconds.

Well, what if I told you that the old man you tried ignoring at the bus stop this morning might have been one of those hot idiots at some point. Think about that.

Maybe we could learn a thing or two from the Asians, who believe in Confusion, which states that people have to like the old people in their town all the way until they’re dead, even if they do get super gross and shit. If they can do it, why can’t we?

The fact of the matter is, our nation’s old folks deserve to be respected and heard, and fortunately, they’re so desperate and lonely that they’ll talk to anyone, even if you were someone they wouldn’t have considered fucking when they were in their prime. So, the next time you see one, offer a smile, share your time, and really try to focus on the angles of their cheekbones — sometimes you can still see lingering hotness there.