Opinion: Whether I’m Right or Not, You Have To Admit I Am Very Mean 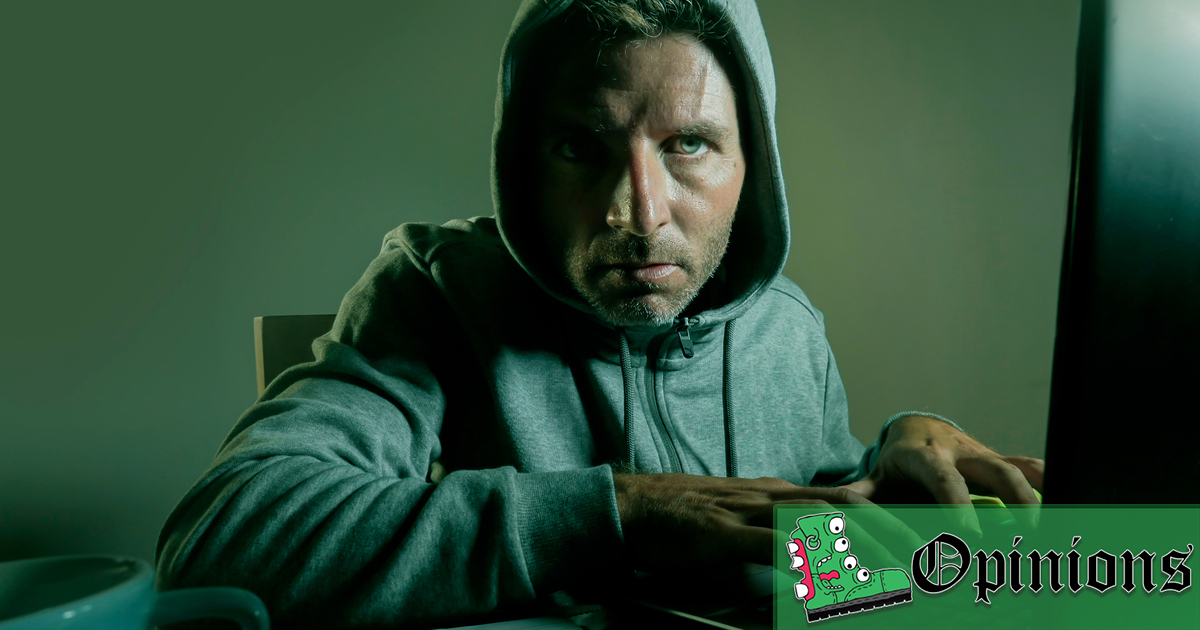 Hey dude, how’s it going? Just wanted to say no hard feelings about the other day. That comment thread got pretty heated, aha. You said some stuff, I said some stuff. I think we both made pretty good points. I don’t think we can say one way or the other that I’m right about COVID being a biological attack perpetrated by the New World Order. BUT we can certainly agree that I was very mean the whole time.

Like when I said that the virus started in China because the shadow masters wanted to fuel conflict between the Chinese government and the West, and you said there wasn’t “any evidence of that”, and I said that there’s no evidence that you’ve ever gotten laid and I posted a picture of me flipping you off. I got you good, and you have to give me that.

Or when you said that you didn’t want to get into name-calling and I said that your mom’s been calling out my name every night since quarantine started, and now I’m your dad and you have to start calling me Papa now or else you’re grounded? That was totally uncalled for and totally ruled. No argument there.

And when you said that regardless of whatever weird insults I was throwing out you still thought my ideas were misinformed? And then I told you that your dad was misinformed when he drove drunk and died in a car accident when you were 8? I stand by that, and I hope it made you cry.

I may not have been able to intelligently counter every point you made but I for-sure made you feel bad, which I believe gives credence in its own right. Am I using that word right, credence? You know what nerd, I don’t give a fuck.

Anyway, I hope we can let bygones be bygones, lol. You really said a bunch of smart stuff about how viruses work. Gave me a lot to think about. I’m totally going to stop believing all this stuff about the satanic pedophile cabal that controls the world because you posted a link from the CDC.