Opinion: We Should Reform, Not Abolish, the Forest Fires 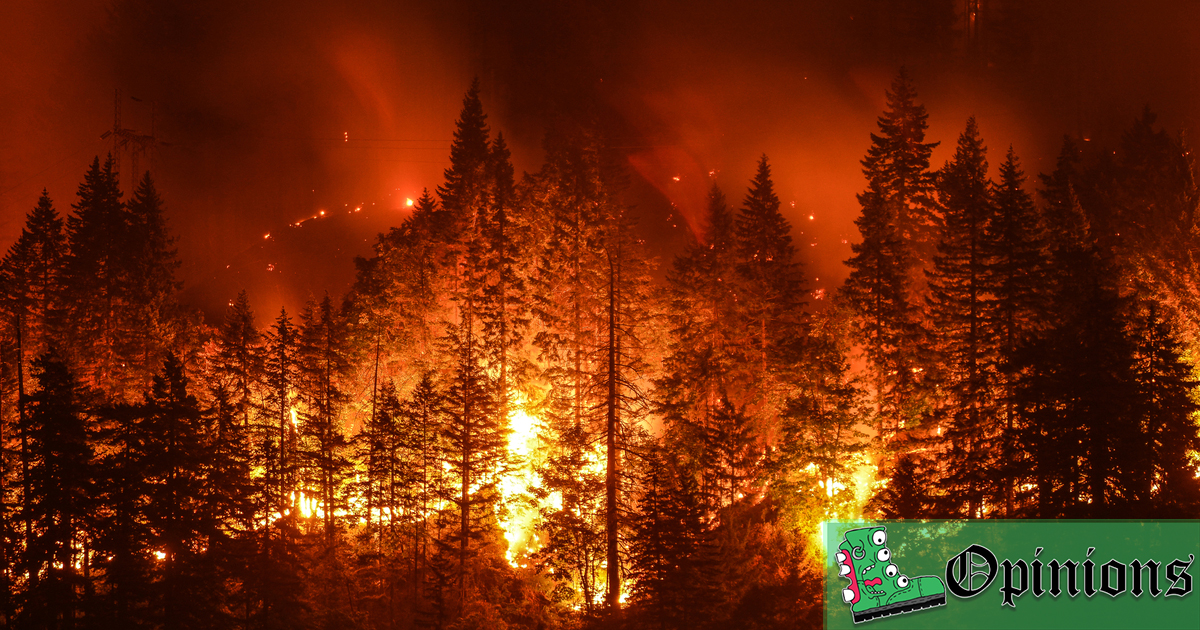 The California wildfires have a lot of people clamoring to “put out the forest fires.”

I get that a few of the fires got out of hand and ran wild…but simply putting them out isn’t the answer, it’s naïveté. Instead of “abolishing” the forest fires, we should reform them.

First, let’s consider the many countless things the wildfires didn’t set aflame. Entire parts of the Bay Area are completely fire-free, as well as many parts of Colorado, Arizona, and Nevada. But all the media is talking about is the allegedly “destructive” wildfire in Norcal. It’s time to question if these fires are as “destructive” and “increasingly common” as they say.

Secondly, let’s look at fire itself. Fire can be good for many reasons. Since the dawn of time, fire has fueled the creativity and ingenuity of mankind. I’m sure cavemen started a few forest fires when they were rubbing stones together. Mistakes are bound to happen when trying to advance civilization, in fact, they’re necessary. Here are the benefits those mistakes afforded us: the ability to cook food, warmth in the winter, ways to create hunting tools.

You might not want to hear this but most people actually like fire. They use it to light their favorite candle, sometimes on a birthday cake. They use it in religious ceremonies. Some even have a looped video of a fireplace as their desktop background. Fire has inspired many shows and movies: Firestarter, Little Fires Everywhere, that scene where Pam runs on the coals in The Office. Man on Fire even has Denzel in it and he loves fire. Do you think Denzel is wrong?

I agree that forest fires aren’t perfect. They play by their own rules and there’s no way to control them once they start. But most fires don’t burn down national forests. Most fires are what you use to make s’mores and tell ghost stories around at camp. Most fires are good. The “bad” fires are rare. Think about how many times in your life you’ve seen a wildfire. I bet it’s close to zero.

It’s simply more practical to reform them. We can grow more inflammable trees, or introduce legislation that says forest fires are bad. We could ban fire pits, stoves, and hippies to decrease littering. We can install cameras within and around the forests so that we can see the fires sooner and better. We can even re-name the forests after the extinct species of trees that the wildfires destroyed.

Perhaps the best solution, since the forest fires keep starting in forests, is to cut down the forests entirely. We can sell the land to corporations to build more housing and businesses that will stimulate the economy and create jobs. We’ll never have to deal with “forest” fires again.