Opinion: We Need To Keep Politics Out of Punk! Same Goes for the Yelling, Loud Guitars, Sloppy Drums, Other Stuff Like That 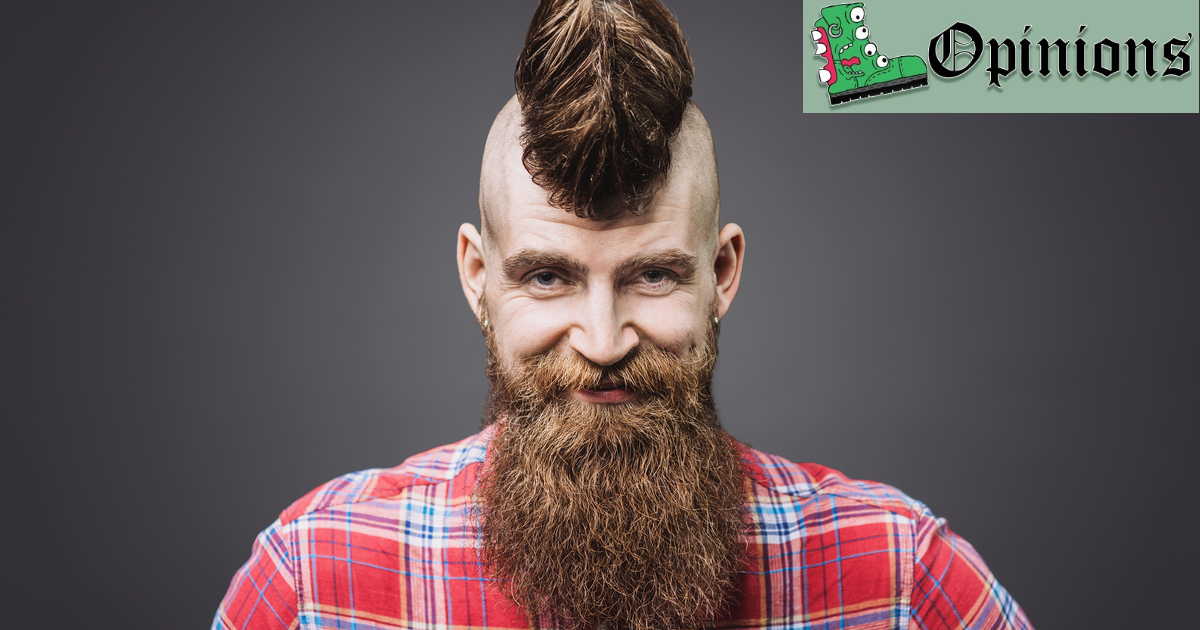 All these soft-ass fake punks keep talking about Trump and it’s getting really old. I miss the old days when bands wrote songs about real shit. Shit like Time Bombs and Keepin’ ’em separated. Other shit too. The point is, if we want to keep punk from dying (again), we need to keep the politics out of it!

While we’re at it, can we stop with all the yelling? It’s like, Jesus of Suburbia, what the fuck are you even saying?! How am I supposed to sing along with you when I can’t understand you? Look, I get it. You’re pissed off. Me too! Pissed off that I’m being yelled at all the goddamn time! Maybe you wouldn’t have to yell so loud if you just turned the damn guitars down. You ever think about that? There’s only like three of you in the band. You don’t need to turn your amps up so loud! Also, your guitars sound a little static-y, you might have a short in that pedal. Have you considered going acoustic?

I’m sick and tired of it. All of it. Makes my head hurt. You know what doesn’t? Soft Jazz. No yelling, no loud blaring guitars, and precision drumming. You fake punks could learn a few things from Boney James and Norman Brown. All music, no politics. Just mood music for sipping wine and making love. Not a single one of these guys talks about Trump in their music and it’s about time for punk to follow suit. That is, assuming you want to keep people like me in the punk scene.