Opinion: We Need A Disney Princess Who Used To Be A Ska Kid 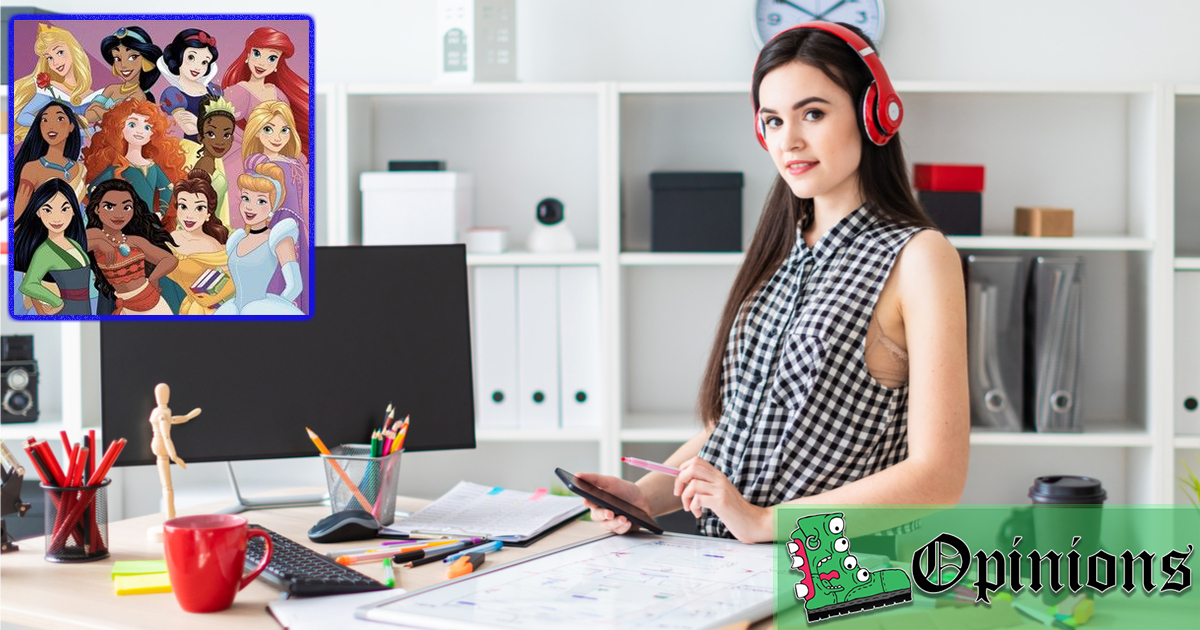 The times are changing rapidly, and so too are our expectations of representation in popular media. That’s why I firmly believe that we need a Disney princess who used to be a ska kid, and we need her now.

The world has had enough of the standard Disney princess who lives in a castle, wears a pretty dress every day, and wasn’t a loser in middle and high school. Drivel like that only resonates with one particular demographic of children: ones who can’t skank for shit.

Young rudegirls never see themselves portrayed on screen, and this is very limiting for them. They need to know that when they grow up, they can be more than a merch girl or a roller derby star.

Can you name even one princess who’s checkered the toes of her Converse with a Sharpie, or bought a pin from a band with a name like Skaardvark or Skarmesan Cheese? No, these princesses are too busy making eyes at Prince Charming, or coming to terms with the death of a parent. Hell, I doubt any character in a Disney movie has ever supported their local ska band, except maybe some of the villains.

Disney needs to recognize and reciprocate all of the support Ska has shown for them. Think of all the countless ska band names that are Disney puns. There’s Skaladdin, Skalice in Wonderland, The Skaristocats, 101 Skalmatians, and Pickitupahontas, just to name a few.

If Disney would return any of my emails, they would know that there are endless story options for this princess. Maybe she renounced ska long ago, but it’s calling to her, and she yearns to skank again. She’s resisting the call because her family insists that ska is dead. Then a prince comes along who says he’s a rudeboy, and she falls for him, but it turns out the extent of his ska knowledge is the scene in 10 Things I Hate About You where Save Ferris plays at the prom, and the princess is devastated.

Look, I’m not going to write the whole movie for free, but obviously the princess ends up educating the prince about first and second wave ska, her family realizes that ska isn’t dead (it just went underground), and we fade out on Save Ferris playing at the prince and princess’ wedding.

Maybe Disney thinks it got close enough to ska representation with “Newsies,” and I’ll concede that’s a step in the right direction, but it’s not enough. Today’s rudechildren need to see themselves in adult princesses whose lives revolved around ska in the early 2000s.

The cry is growing stronger, and Disney cannot continue to ignore us. The ball is in their court, and they need to pick it up pick it up.