Opinion: We Already Said Hi so We Can Sneak out While They’re Playing 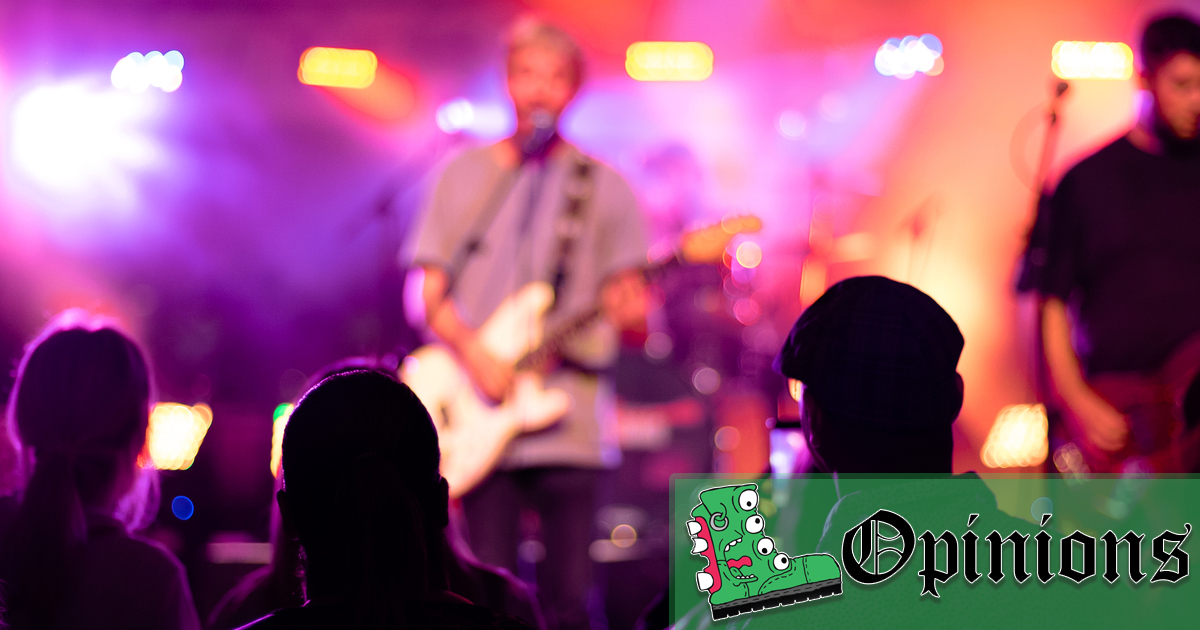 Listen, I’m always down to support my friends’ bands. I wanna be there for them and go to their shows but let’s be real, most of my friends’ bands are awful and local show go on for HOURS. So here’s the plan: we already said “hi” so we’re gonna sneak out while they’re playing.

It’s the perfect crime! They won’t notice because they’ll be busy playing. Probably. They definitely can’t watch the crowd while playing. If they were good enough to multitask like that they’d be good enough to be a not-terrible band.

Either way, we’ll be able to sneak out when they do that lame thing where they face each other during that cliche chugging intro riff they play before they announce their band name and go into their first song. We’ll have a good 30 seconds to sneak out while they basically do the musical equivalent of a circle jerk, except that an actual circle jerk would have sounded way more musical.

Don’t make a run for it though. We gotta be subtle. An expert-level strategy is wait for them to come out, shout a real loud “Woo” or “Yeah!” and start bobbing our heads as we walk backward towards the exit. By the time they’re done with their abomination of a set they’ll be so busy maintaining their shared delusion by telling each other how good they did that they won’t notice we’ve left until the end of the night.

So basically, if you invite me to your dumpster fire of a band’s show, know that I’ll be waiting for the perfect moment to ditch because you’re terrible. Honestly, even if your band is good I’ll probably still dip out, just cause, like, ugh, I wanna go home and watch The Office and go to sleep already.