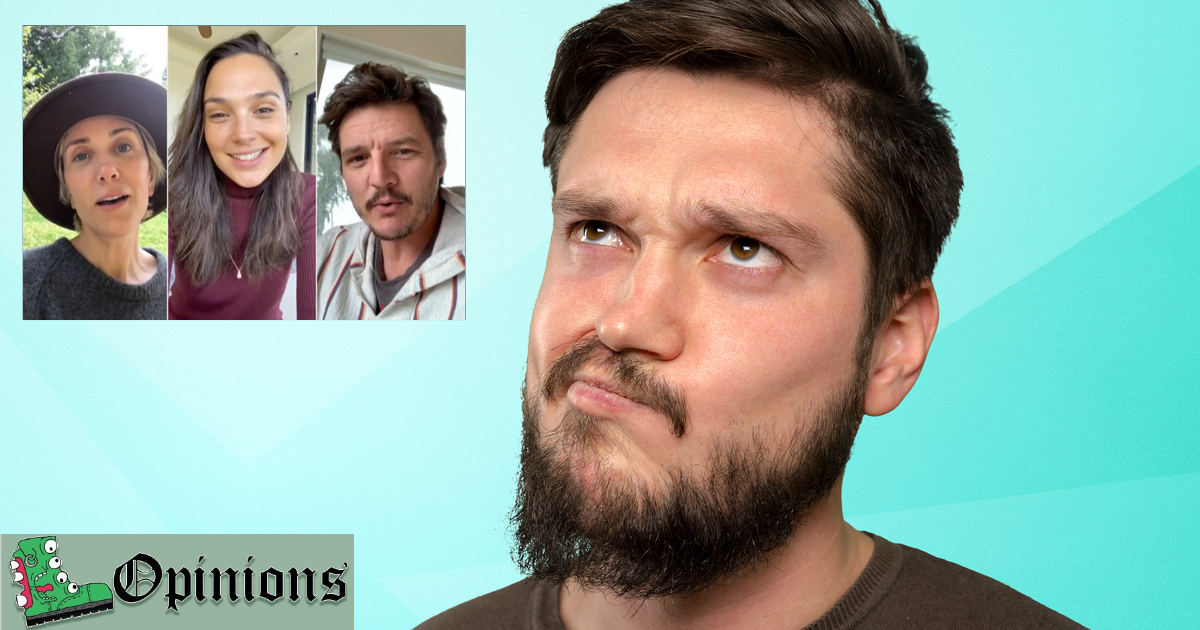 First and foremost, we want to say congratulations President Biden! Well, moreso good riddance Donald Trump but six in one hand, half dozen in the other, am I right? The point is, we all worked together. All of our efforts combined helped to make this happen. Every act of defiance. Every word, spoken or typed, led to this victory for democracy.

Oh and hey, on that note, remember when all those A-listers made that cringy, condescending video montage singing John Lennon’s “Imagine?” And remember how we mocked them mercilessly? Well, considering recent events, we’re just saying… maybe it worked a little.

WE ARE SO SORRY GAL GADOT! YOUR VIDEO TOTALLY WORKED! PLEASE MAKE MORE EVERY DAY!

Various famous people thought they’d make a genuine and vulnerable gesture in an attempt to inspire change and you cynical, jaded meanies just made fun of it. And now, months later, the big bad Cheeto in Chief is left hanging his head in shame. Still in the oval office, though, and still very much in power for a few more months.

Maybe you should think before you try to ‘pwn’ a celeb just looking to do something wonderful with their platform. Someone with a massive fan base that values their thoughts and opinions, no matter how vapid, leveraging said audience in an attempt to help people should be met with positivity. Think of these poor celebrities trapped in their mansions with no job to be let go from. Can you imagine? It’s easy if you try. It’s certainly easier than providing for your family during a mini-apocalypse when you were already living paycheck-to-paycheck to begin with. But that’s not the point! The point is the video clearly worked. So shut it, haters!

On the other hand that video was definitely super lame. Maybe the internet did have a point.