Opinion: There’s No Such Thing as a Good Police Academy Movie 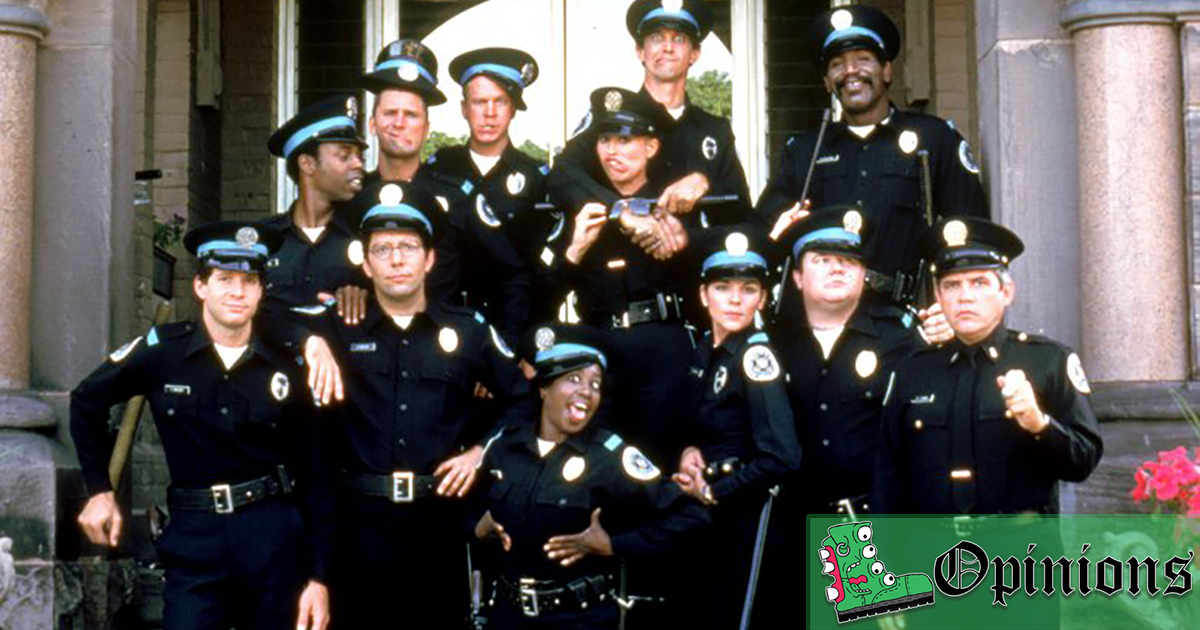 As the old adage goes, ACAB:

All
Cop movies
Are
Bad

Yeah, I said it. If we ever want to have another Police Academy movie, the entire thing needs to be completely rebooted from scratch, because it is problematic from start to finish. The only good Police Academy movie is a DEAD Police Academy Movie… Like in 2003 when they tried to announce the eighth installment to the franchise, and it went directly to development hell where all Police Academies belong.

Every single joke is done to death. They kill as many as they can with zero remorse. Seriously, the cops in the movie will take something wonderful and beautiful, with a life of its own, and just lean on it way too hard until it’s a lifeless shell; It is comedic brutality at its worst. From the ridiculous story to the outlandish set pieces, this thing that people claim is a hero’s journey, is the furthest thing from it. The real hero in this story is whoever finally kills the Police Academy franchise for good.

Now, some will try and convince you that there are good people involved. For instance, Bobcat and Guttenberg are notoriously kind and generous people. Michael Winslow is brilliantly talented. But letting the filmmakers get away with something so horrible, means they are complacent, and thus, part of the problem. They did not need to make six additional movies, they could have walked out at any point, especially upon seeing the scripts.

This is not an isolated problem though. It’s not just Police Academy. Hollywood is constantly pushing franchises with dumb plots and absurd humor; the problem is systemic. Just because a director is able to shoot a movie, doesn’t mean they should. These people should be better trained to know when to shoot and when not to. When to let a scene breathe. When to force tears from the audience when to start fight scenes, all of it. It’s the producers running Hollywood that need to hold these directors accountable.

What worries me most about this is that even if we dismantle the system and start over, Gutenberg is going to continue getting those residuals. How dare he simply disappear into retirement and live off those monthly checks after mercilessly killing a franchise with so much potential! We have to put a stop to this immediately. No Police Academy 8, no Super Troopers 3, and definitely no Die Hard 11, or whichever one they’re up to by now. It’s time we get rid of an outdated and useless system.

Except for Lethal Weapon, there’s literally nothing problematic about those movies, or anyone involved in making them so they get a pass.