Opinion: People Who Fight Against Cultural Appropriation Are My Spirit Animals 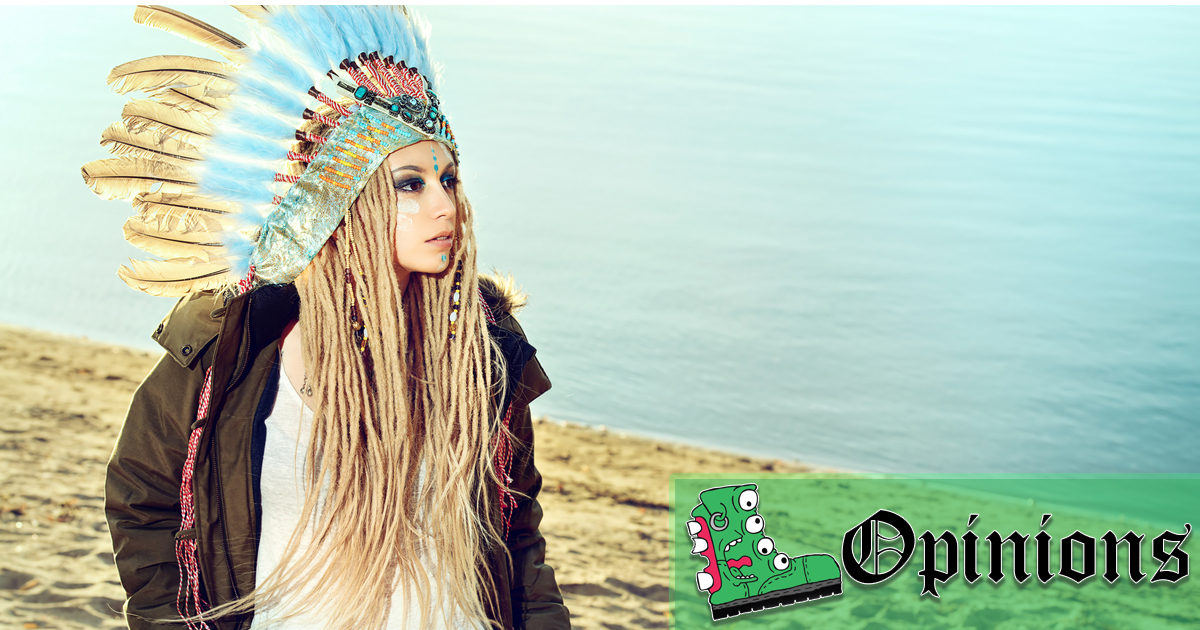 Television legend Mr. Rogers once said, “Look for the helpers.” In these times, we need these helpers more than ever. The helpers I look to are those who fight against cultural appropriation. They are totally my spirit animals.

Cultural appropriation, if you’re still an un-woke white person (like I used to be!) and don’t know, is the practice of one culture borrowing elements from another culture. This is especially shitty when white people borrow from disadvantaged and exploited cultures. I was talking about this on a recent Vision Quest getaway at an upstate sweat lodge with my friends.

Before receiving our sacramental peyote in the sweat lodge from our shaman, Todd, we discussed how, as white people, we need to acknowledge our privilege and keep an eye out for cultural appropriation. It’s not always obvious!

One of my friends from Minnesota, who owns the Williamsburg clothing store “Sari I Look So Good”, asked how we can help. I said the best thing to do was to listen to those who have already been fighting this fight and be a good ally to those who are most affected by it. Ask some of them to pow-wow with you and you can talk to them about how your biases and upbringing can blind you to the appropriation that is happening right in front of you. These guys need all the help they can get.

Also, I just don’t understand those who say cultural appropriation isn’t a big issue, or worse, think it’s not real. These people really make me want to commit seppuku. My friend Chad has an authentic Soul Food joint in DUMBO and he gets in these debates with these ignorant people all the time. It’s hurtful and weird to hear people deny something that clearly exists. Get woke yo.

The warriors who fight against this wack-ass bullshit are truly an inspiration to me. In solidarity, I plan to get a tattoo that says “Fuck Cultural Appropriation!” in Chinese characters on my wrist. For now, I have a placeholder version in henna.

For now, the battle continues. We must all stay aware of calling out cultural appropriation in all its forms. Namaste!